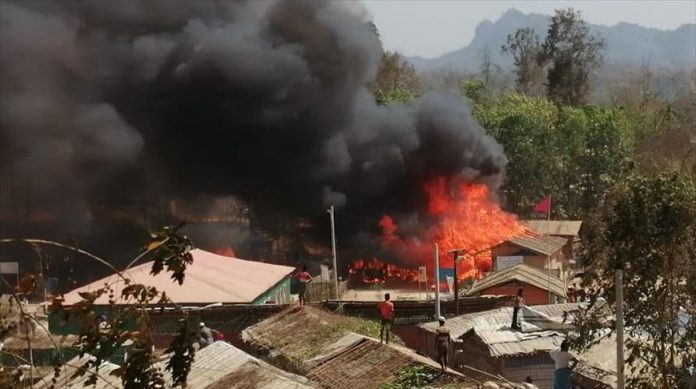 A sudden fire damaged at least 30 shanties housing Rohingya refugees in camps in southern Bangladesh on Wednesday, according to local police and eyewitnesses.

“The fire suddenly broke out at a learning center at our camp and very quickly it spread to the adjacent tents,” Mohammad Mostofa Kamal, a refugee at the camp in Cox’s Bazar, told Anadolu Agency.

He added: “Three of us were injured and at least 30 houses including some learning centers were burned down completely.”

Turkiye's 2nd 'charity train' sets off for Afghanistan with over 920...