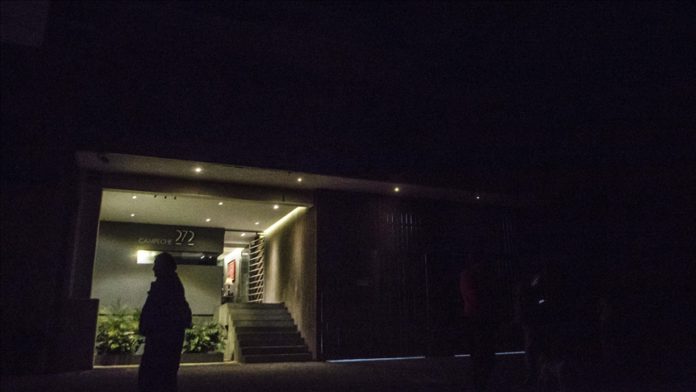 A widespread blackout in Mexico yesterday that left millions without power was caused by a fire, an official said Tuesday.

During a briefing, transmission director Noe Peña from the Federal Electricity Commission (CFE) said strong winds caused a fire to spread over 30 hectares of land between the northeastern states of Tamaulipas and Nuevo León.

The fire ultimately caused a power line crossing between the two states to shut down. A second line subsequently failed, creating an imbalance forcing the national grid operator to shut down.

Twelve of the country’s 32 states were left without power for two hours, including the capital.

Manuel Barlett, head of the CFE, emphasized that “it was a circumstantial incident backed up by a report issued by the Civil Protection Department.”

The initial report said the outage was due to an imbalance of 7,500 MW. The country’s full capacity peaks at 80,000 MW. The stipulated loss suffered yesterday constitutes around 10% of Mexico’s capacity.

During the press conference, President Andres Manuel Lopez Obrador said the CFE is not responsible for the outage, noting that criticism is to be expected from those who want the state-owned energy company privatized.

“Those who favor privatization want to disappear the CFE to take over the energy market and make a profitable business by charging very high electricty prices. Those are the ones that are going to say the CFE does not work, as they always have,” he added.