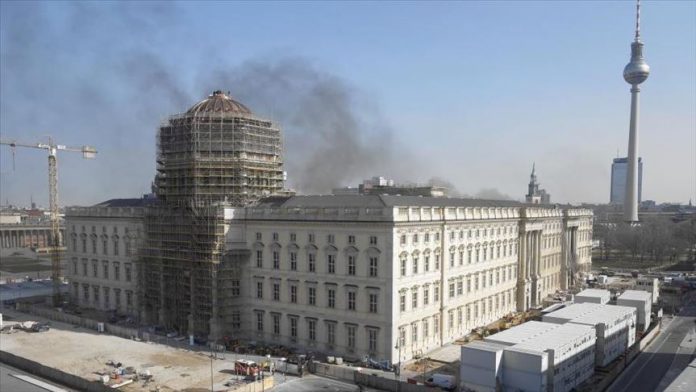 A fire at the Berlin City Palace was brought under control quickly after it broke out Wednesday morning, authorities confirmed.

Berlin’s fire department said on Twitter that the fire at the construction site of the palace being rebuilt was contained by nearly 80 firefighters at the scene.

One person was injured and treated by medics.

Fire officials believed the fire was caused by bitumen boilers at the construction site.

Located at the historical center of German capital, Berlin City Palace (Stadtschloss) is expected to be completed later this year, and serve as a museum.

The Prussian palace, which was