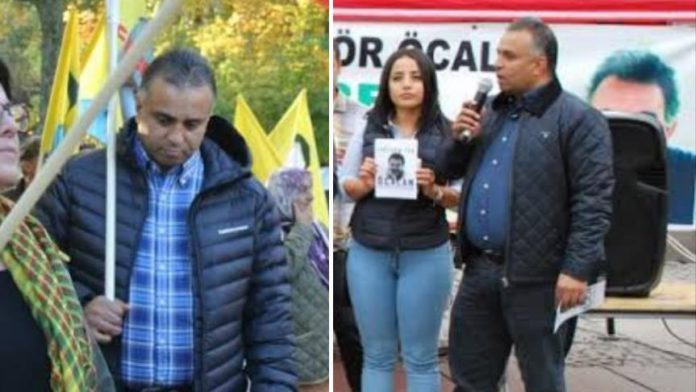 As Finland and Sweden are expected to formally apply to join NATO, Turkiye, a longstanding member of the military alliance, said it does not have a positive view in this regard, for now.

“We are currently following developments. We currently do not have a positive position on the issue of Sweden and Finland (joining NATO),” Turkiye’s President Recep Tayyip Erdogan told reporters in Istanbul on Friday.

Shortly after his statement, White House spokesperson Jen Psaki announced that the US is collaborating with Turkiye on Finland and Sweden’s potential membership in NATO.

Erdogan voiced objection to the two Scandinavian countries’ expected NATO membership bids, saying that they are “like terrorist groups’ guesthouses.”

“There are supporters of terrorism in parliament. We cannot be positive towards this,” he added.

Turkiye has long suffered from terrorism, especially from PKK and its Syrian offshoot YPG. Ankara was also one of the first countries to declare Daesh/ISIS a terror group. The country has since been attacked by its terrorists multiple times. The terror group has carried out at least 10 suicide bombings, seven bomb attacks, and four armed attacks, killing 315 people and injuring hundreds more.

The Operation Peace Spring was launched on Oct. 9, 2019, to eliminate terrorists from northern Syria in order to secure Turkiye’s borders, aid in the safe return of Syrian refugees, and ensure Syria’s territorial integrity.

Though Ankara repeatedly expressed its goals to clear northern Syria east of the Euphrates of the terrorist PKK and its Syrian offshoot YPG, Finnish Foreign Minister Pekka Haavisto in October 2019 condemned Turkiye’s operation in northern Syria, claiming it would “result in an increase in displacement and human suffering.”

Furthermore, Finland’s then-Prime Minister Antti Rinne claimed: “Turkey’s actions aggravate the already complex crisis in Syria. We are very concerned about the impacts of the measures on the humanitarian situation in Syria.”

According to a Helsinki-based YLE news report, in 2018, Finland’s arms exports to Turkiye expanded rapidly. However, in a statement in October 2019, Rinne announced that the government will not approve any new arms export licenses to Turkiye.

The move from the Finnish government came as no surprise as the country is known to host YPG/PKK sympathizers.

During protests organized by the Finnish Kurds Association and/or Union of Kurdish Associations, banners displaying photos of Abdullah Ocalan, the head of the PKK terror group, as well as flags of YPG/PKK have been carried.

A pro-PKK ANF news agency’s report also confirmed such protests as the terror sympathizers in November 2020 protested for the “freedom” of Ocalan in Finland’s capital, Helsinki.

The same website reported in December 2015 that pro-PKK supporters held protests in front of the Turkish Consulate in Helsinki, carried banners, and chanted slogans in support of terrorist PKK and its imprisoned head Ocalan.

The ties between Finland and PKK go beyond hosting terrorist sympathizers as Finnish authorities repatriated a Finnish woman and her two young children from the Al-Hol camp in eastern Syria, which is run by the YPG/PKK terror group and is home to families of suspected Daesh/ISIS members.

YLE had reported the repatriation in July 2021.

Only last month, the UN called for solving the crisis at the Al-Hol refugee camp established in 2017, as civilians held there struggle to survive under inhumane conditions.

Unhygienic sinks, shower cabins, expired food, torn tents, and lack of access to medicines and health care are some of the major problems facing the camp residents.

Jeanine Antoinette Plasschaert, the head of the UN Assistance Mission for Iraq (UNAMI), said: “The current situation in Al-Hol camp is unstable, and keeping people in this situation constitutes a major threat and danger.”

In addition to YPG/PKK and Daesh/ISIS terrorists, Finland continues to host members of the Fetullah Terrorist Organization (FETO), the terror group behind the defeated coup of 2016 in Turkiye.

There are three FETO-linked educational institutions in Finland – one is for primary education, namely Kielo International School, and the other two are kindergartens – Tiny Hands English Kindergarten and Paivakoti Piccolo Kindergarten.

The terror group also has an association, called “Uusimaa Islamic and Cultural Association.”

FETO and its US-based leader Fetullah Gulen orchestrated the defeated coup of July 15, 2016, in Turkiye, in which 251 people were killed and 2,734 injured.

The Turkish government accuses FETO of being behind a long-running campaign to overthrow the state through the infiltration of Turkish institutions, particularly the military, police, and judiciary.

In July 2021, Turkiye slammed a meeting via video link between Sweden’s foreign minister and members of the terrorist group YPG/PKK, the Syrian branch of the PKK. The Turkish Foreign Ministry said the incident “raises serious question marks about Sweden’s approach to combating terrorism as a matter of priority.”

Indeed, the terrorist group PKK/YPG/PYD has had an office in Sweden’s Stockholm since 2016. According to sources who wish to remain anonymous due to media restrictions, the PKK terror group generates significant income in Sweden through theft, arms trafficking, drug dealing, and racketeering.

The terror group is reportedly generating its income under organizations such as NCDK and “Kurdiska Rode Halvmanen.”

In March 2021, Swedish Foreign Minister Ann Linde on Twitter shared her video meeting with Ilham Ahmed, one of the ringleaders of the YPG/PKK terror group in Syria, saying: “Good discussion with Ilham Ahmad from SDC in northeast Syria. We talked about the #Syria10 crisis and Sweden’s ongoing role ahead of #SyriaConf2021. Reaffirmed our collaboration in the fight against Daesh.”

Footage of the meeting was released on websites known for their affinity with the terrorist organization as Hultqvist expressed his support for the terror group.

During the meeting, the Swedish minister further pledged to resolve the problems of detention centers and prisoners, saying he would work to improve these centers, in reference to the conditions of Daesh/ISIS terrorists held by the YPG terror group.

Hultqvist reportedly informed his colleagues of a possible mechanism to facilitate Swedish assistance to the YPG.

Sweden regularly sends official delegations to areas in eastern Syria occupied by the YPG/PKK for talks with terrorist ringleaders.

Besides providing financial support to the YPG/PKK, Sweden also supports infrastructure works in the region through aid organizations.

In its more than 35-year terror campaign against Turkiye, the PKK – listed as a terrorist organization by Turkiye, the US, and the EU – has been responsible for the deaths of at least 40,000 people, including women, children, and infants.

It was detected that the terror group used more than 40 AT-4 and MILAN anti-tank ammunition during attacks on security forces from 2017-2021.

The Swedish foreign minister’s support to YPG/PKK terrorists continues uninterruptedly as she participated in an interpellation with Swedish pro-PKK deputy Amineh Kakabaveh on March 25, 2022.

Statements from the interpellation session at the Swedish parliament revealed that Linde met with Nesrin Abdullah from the YPG/PKK terrorist organization in Stockholm.

On April 27, 2022, a session was held in the Swedish parliament (Riksdag) for the purpose of removing PKK from the EU’s terrorist organizations list. The event, which was attended by PKK affiliates, was published by pro-PKK ANF news.

Finally, Sweden is also known to be a haven for FETO terrorists as Abdullah Bozkurt, the former Ankara representative of the now-defunct Today’s Zaman newspaper and who is sought over charges of being a FETO member, launched a news website called “Nordic Monitor”.

The website frequently publishes baseless and defamatory news against Turkiye.

The Swedish authorities are also reluctant to take measures against the FETO, claiming that it is not recognized as a terrorist organization by the EU.