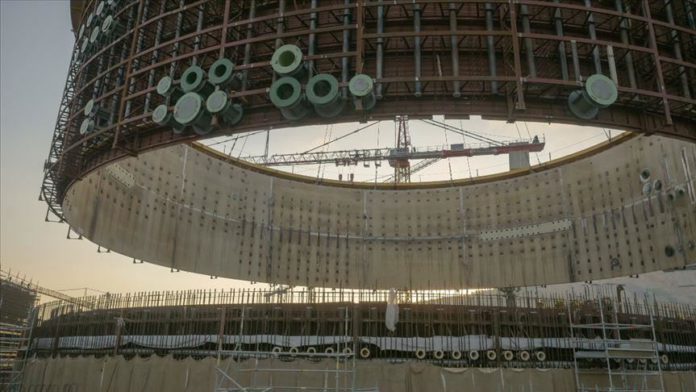 The final manufacturing stage of the first reactor of Akkuyu Nuclear Power Plant (NPP) has started, AEM-technology, which operates alongside Rosatom’s machine-building division of Atomenergomash, announced on Thursday.

Specialists at Atommash, the Volgodonsk branch of AEM-technology, have started the check assembly of the reactor vessel, its internals and cover.

A check assembly is a key operation during which the assembly of all manufactured internals and the reactor cover with the reactor vessel is checked. This operation is carried out in a special underground bench-caisson.

During assembly, the appropriate fastening keys will be installed to secure the device for the centering of the reactor cover. The alignment of the holes in the nozzles of the protection control system of the cover with the support elements of the core barrel and the flanges of the protective tube unit will be checked.

In the future, the check assembly will significantly reduce the time required for the installation of the reactor with internals at the site of the NPP under construction.

An intergovernmental agreement between Turkey and Russia was signed in May 2010 for the Akkuyu NPP, which will house four VVER-1200 power units with a total installed capacity of 4,800 megawatts.

Turkey’s President Recep Tayyip Erdogan and his Russian counterpart Vladimir Putin presided over the plant’s groundbreaking ceremony held on April 3, 2018, via a videoconference call from Ankara.

The first reactor of the plant is planned to be operational in 2023.