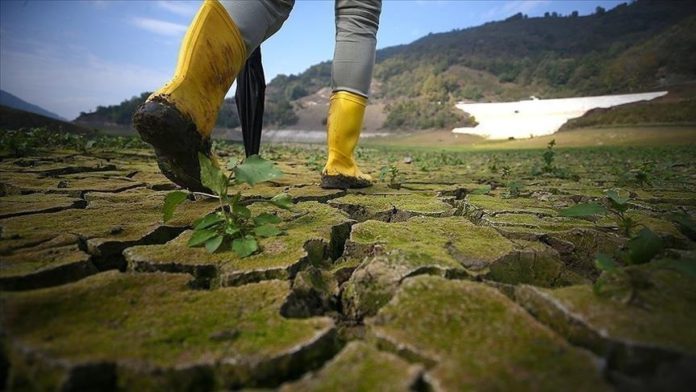 More than 62,000 livestock have died in Tanzania over the last month due to a drought that has ravaged herder communities in the northeast Manyara region, officials said.

“This is a terrible situation,” he told Anadolu Agency, adding: “As you move around, a heavy stench from the rotting carcasses is permanently hovering in the air.”

According to him, the acute shortage of water and grazing pastures caused by the drought has resulted in the deaths of thousands of animals.

“Some herders moved to distant places, desperately looking for water to save their remaining animals,” he said.

The recurring drought spells have pushed pastoralists and their animals to the brink of disaster in drought-stricken parts of the East African country.

The majority of northern Tanzania has recently received less than 35% of normal rainfall, making this the worst short rainy season in decades, weather experts said.

In October State meteorologists issued a rainfall forecast through April 2022 predicting an elevated chance of below-normal to normal rains in most of Tanzania.

A patch of sun-fried barren terrain covered with cattle carcasses infested with live maggots can be seen en route to Endonyogijape, a sleepy Maasai village in the northern Simanjiro district.

The grisly sight of swollen carcasses rotting in the scorching sun is the consequence of a water shortage that has pushed herder communities and the livestock they rely on to the edge of survival.

“I’ve never seen anything like this in my life, it’s horrific,” said Laurent Saning’o, a Maasai herder from the area.

The Maasai herdsman with distended earlobes explained that he has lost most of his cattle, and those that are left are too weak to sell.

“Look at them, they’re all bones, who would buy them?” he said.

Saning’o said he has suffered huge additional losses because most of the cows that died were of breeding age.

“We need urgent help to resolve this crisis,” he stressed.

Ezekiel Mardadi, a local councilor in the Loiborsiret ward, said herders are facing hardship as livestock prices have plummeted.

“It’s just devastating. This is one of the awful realities of the water shortage,” he said.

Tanzania has 22.8 million cattle, the third-largest number in Africa after Ethiopia and Sudan, according to 2011 government statistics.

More than 70% of the livestock population is kept in semi-arid areas in the north, center, and west of the country, where water is scarce during the dry season.

Drought has forced nomad pastoralists in many parts of East Africa to sneak into protected wildlife areas in search of water and fresh pastures for their cattle.

In 2017, the country was forced to re-map and demarcate its national parks, game reserves, and forest reserves in order to protect wildlife sanctuaries and curb rising conflict between humans and wildlife, which was aggravated by the drought.

Due to the drought, illegal cattle herding into national parks put a new strain on wildlife, endangering the lives of animals such as wildebeest in the Serengeti, according to conservationists.

Christopher Ole Sendeka, a legislator for Simanjiro constituency, said the drought created a serious hunger crisis among the Maasai, whose livelihoods depend on animals.

Jeremiah Wambura, national chairman of a pastoralists association, has called for government intervention, such as allowing herders to graze on buffer zones adjacent to national parks.

“The situation isn’t good at all. We need help to save the remaining livestock, otherwise, they will all die,” Wambura said.

He pleaded with the government to allow the cattle to roam inside the perimeter wall of the Tanzanite mine in the Mererani area to salvage them from death.

“We’ve also advised herders to sell some of their animals during the dry season to avoid losses when drought sets in,” he told Anadolu Agency.

Abdallah Ulega, deputy minister for livestock development and fisheries, said the government is considering providing livelihood support to drought-stricken herders at a time when they are most in need.

Ulega said the government has set aside 130 billion Tanzania shillings ($56.5 million) for the construction of dry-season water ponds in some of the drought-hit areas to provide pastoral communities cushioning from losses.

“The government is deeply committed to helping drought-affected pastoral communities regain their footing and build resilience to future shocks,” he said.