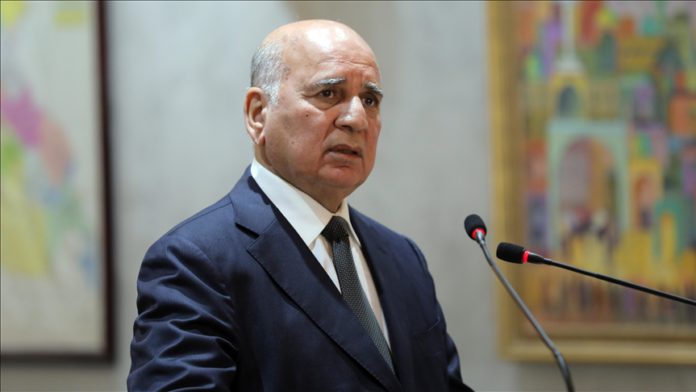 Iraqi Foreign Minister Fuad Hussein on Friday emphasized the urgent need to defeat the Daesh/ISIS terrorist group at both the organizational and ideological level.

“Daesh is a threat to international peace, our societies and our values. We were able to defeat their state. Now, we have to defeat them as a terrorist organization and ideology. We need many scholars from Islamic countries to wage the fight. Without getting rid of these ideas, the terrorists will remain,” he said at a news conference after meeting with his Spanish counterpart Arancha Gonzalez Laya.

Hussein’s first official visit to Spain came just days before the Ministerial Meeting of the Global Coalition to Defeat ISIS, which will be held in Rome on Monday.

Gonzalez Laya, for her part, said she will push at the meeting the need to focus more attention on Daesh’s expanding presence throughout the African continent.

She made special reference to the Cabo Delgado region of Mozambique, where escalating terrorism has already displaced more than 700,000 people.

Spain has held a close relationship with Iraq in recent years and was one of just a handful of countries to participate in the 2003 US-led invasion of Iraq.

They also shared their points of view on the situation in the Middle East, particularly Palestine.

Gonzalez Laya said she is planning a diplomatic trip to Israel alongside her Italian counterpart to “foster dialogue between the two countries (Israel and Palestine) and solidify the cease-fire.”

She said that as fellow Mediterranean countries, Spain and Italy see it as their responsibility to do what they can to help bring peace to the region.

US seeing 'no meaningful pullback' of Russian troops: Blinken