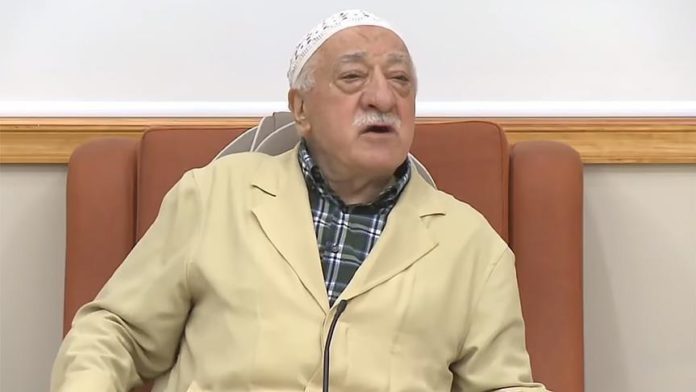 The US-based leader of the FETO terror organization on Friday praised Greece for becoming a haven for its members.

Fetullah Gulen sent a video message to an online promotional event for a book written about him in Athens.

“Greece is a sister country,” said Gulen. “Thanks to this brotherhood, we remember them with gratitude and appreciation. [What Greece did] will be written on the glorious pages of history with gold and silver.”

The book, Fethullah Gulen: A Life of Service, was written by US historian Jon Pahl and translated into Greek by Papazisis Publishers in Greece.

Thousands of FETO members fled to Greece after the defeated coup on July 15, 2016, in Turkey which was orchestrated by FETO and Gulen. It left 251 people martyred and 2,734 injured.