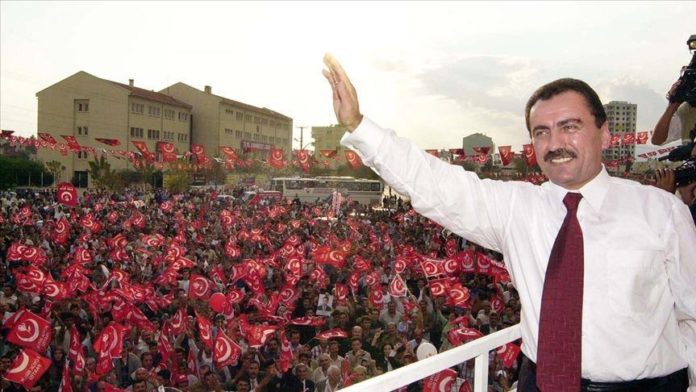 The Fetullah Terrorist Organization, the group behind the 2016 defeated coup in Turkey, was involved in the mysterious death of Turkish politician Muhsin Yazicioglu in 2009, prosecutors said Friday.

According to a statement by the prosecutor’s office in the southeastern Kahramanmaras province, a legal investigation into Yazicioglu’s death along with five other people in a helicopter crash was re-opened in April 2018.

It was understood that FETO, both during the search and rescue efforts and the investigation, attempted to manipulate the Turkish public with a misinformation campaign through its affiliates press and social media accounts, the statement said.

FETO with a fake letter and forged signature tried to pin the blame on some officers and general of the Turkish Air Force, who they thought were a danger to their clandestine mission, the statement noted.

In doing so, FETO also intended to discredit state authorities in the eyes of the public to pave the way for their persecution.

Criminal cases were initiated and are presently being heard against those who overlooked Yazicioglu’s death or deliberately took part in FETO’s plot.

Yazicioglu, a well-known figure of the Turkish right-wing politics and the founder of the Great Unity Party (BBP), died on March 25, 2009 when a helicopter taking him to a local election rally crashed in a mountain in the southern province of Kahramanmaras.

COP25 vital but time running out for more talks: Expert