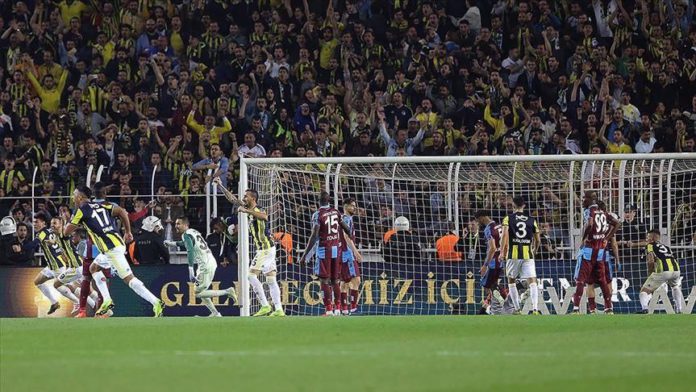 Trabzonspor will seek morale-boost victory to snap their weak performance with a Turkish Super Lig game against Fenerbahce on Sunday.

The critical match will kick off at 7 p.m. local time (1600GMT) at the Turkish metropolitan city Istanbul’s Ulker Stadium.

Losing in 12 games and drawing in 11, the visiting team has been unable to taste a victory in 23 league matches at Ulker Stadium as their last road win in Kadikoy was over two decades ago in 1997 with 3-1.

Trabzonspor are currently in 14th place with five points as their latest victory was against Yeni Malatyaspor with a 3-1 score on matchday three.

Fenerbahce are eyeing victory to remain in the title race. The second-place side collected 11 points in five games so far.

The Yellow-Canaries defeated Goztepe with a 3-2 score in Izmir as the Black Sea Storm were beaten by Medipol Basaksehir 2-0 last week.

In addition to their poor form, Turkish midfielder Abdulkadir Parmak is likely to miss the match. He was not attending the club training today.

Also, they will play without Ghanaian midfielder Caleb Ekuban as he tested positive for COVID-19.

The opening game of matchday six will be played at Recep Tayyip Erdogan Stadium in Istanbul, with Kasimpasa facing Goztepe.

With seven points, Kasimpasa are in the eighth spot, Goztepe have six points in the 10th place in the league table.

The game between MKE Ankaragucu and Atakas Hatayspor, scheduled for Saturday, has been suspended due to COVID-19 infections in Hatayspor squad.