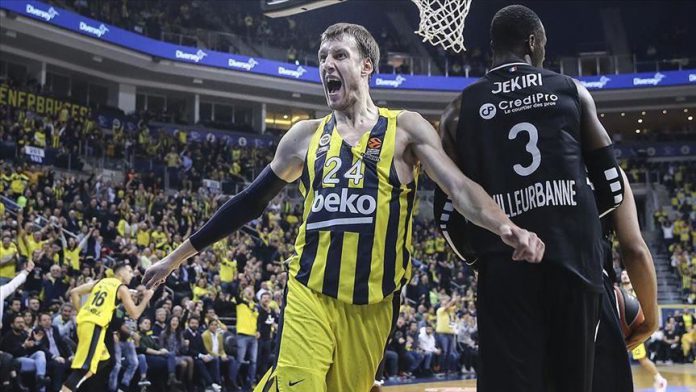 The team’s Greek guard, Kostas Sloukas, produced a “double-double” against ASVEL with 10 points and 10 assists.