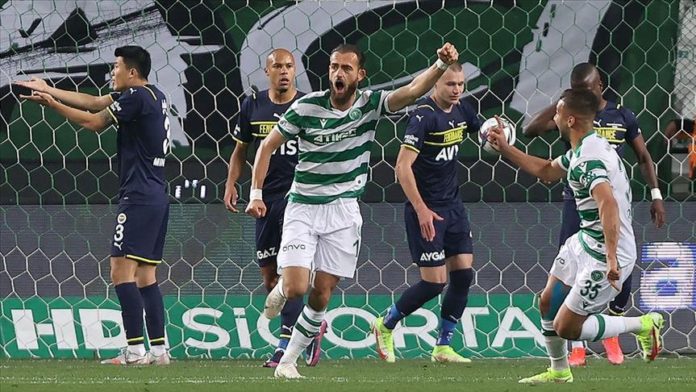 Fenerbahce were beaten by Ittifak Holding Konyaspor 2-1 in a Turkish Spor Toto Super Lig match on Saturday but lost more than three points.

The Istanbul team are bothered after three injuries as Brazilian midfielder Luiz Gustavo, Ecuadoran forward Enner Valencia and Turkish goalkeeper Altay Bayindir sustained injuries each to leave the match in the second half.

Bayindir burst into tears while leaving the pitch in the 69th minute as he collided with Konyaspor’s Serdar Gurler after a cross. Berke Ozer checked in.

Konyaspor made it 2-0 in the minute 11 as Abdulkerim Bardakci scored a header in the far post after Guilherme’s cross from edge of the penalty box.

In the 55th minute of the match, Valencia’s bicycle kick hit the crossbar.

Fenerbahce narrowed the gap to one after Turkish midfielder Irfan Kahveci curled from freekick, a classy long range effort in the 84th minute.

After Valencia’s injury in the minute 80, Fenerbahce had to carry on with 10 men as the visitors previously made all the five substitutes.

Konyaspor secured a 2-1 victory to reach the fourth position in standings.

They collected 20 points in 11 matches.