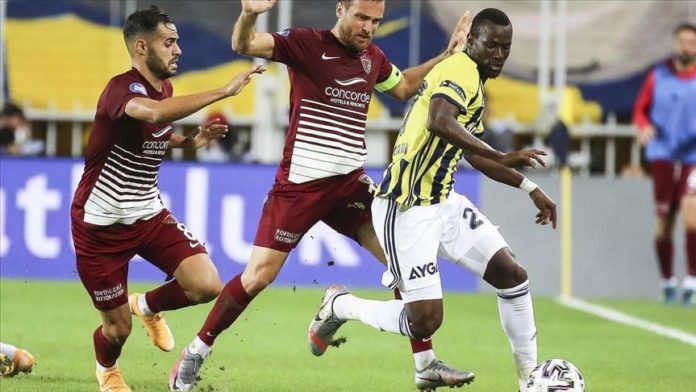 The home team of the match, Fenerbahce could have broken the deadlock in the 65th minute as Turkish right back Gokhan Gonul’s header hit the goalpost.

The Yellow Canaries were encouraged after Hatayspor had been down to nine men on the pitch.

In the 73rd minute Hatayspor’s Portuguese winger Ruben Tiago Rodrigues Riberio was shown a red card over a foul against Gonul.

Hatayspor closed down to end the match 0-0, escaping with one point from Istanbul.

The draw meant an upsetting result for Fenerbahce.

On Sunday, Fenerbahce will visit league leaders Galatasaray in a derby match at Turk Telekom Stadium.

Africa stands with Turkey after earthquake