TurkishPress
Home Sports Fenerbahce Beko star De Colo to be out for at least 2... 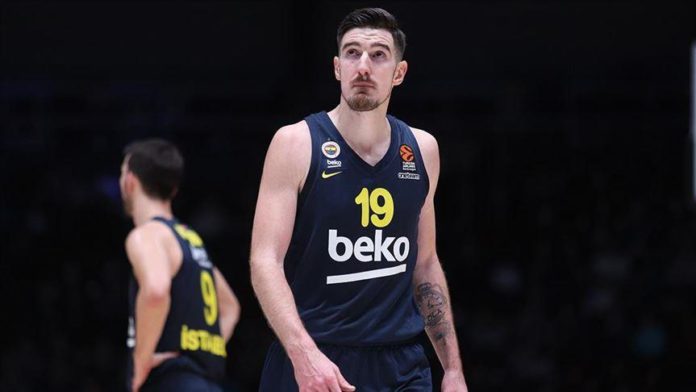 In a statement, Fenerbahce Beko said the team’s playmaker guard De Colo and Czech center Jan Vesely each underwent medical examination and intervention in Istanbul as De Colo is expected to be out for eight to 10 weeks, and Vesely, who sustained an ankle injury, would be unavailable for six weeks.

Both were injured during a Thursday night Turkish Airlines EuroLeague Round 17 game against LDLC ASVEL Villeurbanne in France.

De Colo sustained a fracture in the second metatarsal of his left hand, while Vesely was diagnosed with a ligament injury for a right ankle sprain.

Fenerbahce Beko were handed a 84-82 loss at Astroballe in the city of Lyon.

De Colo – a Fenerbahce Beko guard since 2019 – averaged 12.1 points and four assists per game this season in the EuroLeague campaign.

The 34-year-old helped the Russian powerhouse CSKA Moscow win the 2016 and 2019 EuroLeague titles.

Vesely, who joined the Turkish club in 2014, scored 13.4 points and took 5.9 rebounds per game this season.

New F1 season to start under shadow of coronavirus