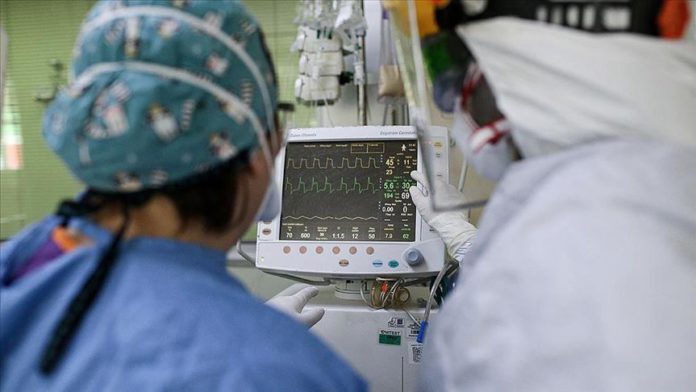 Turkey has so far confirmed more than 198,600 coronavirus cases out of which nearly 172,000 have recovered and been discharged from hospitals.

Among them are Banu Yapici and H. C., who asked not to be named; the survivors who went through a difficult recovery period and now want the public to acknowledge the gravity of the situation and take necessary precautions.

Yapici, a 37-year-old mother of three children, said she received treatment for a month and the process was much more challenging than she initially thought.

“I stayed with my father for a week and there was nothing serious. When I returned home, I began to have occasional headaches,” she said.

She also had congestion, but other symptoms such as fever and cough were not present.

After six days, she tested positive for COVID-19, the disease caused by the novel virus. Her treatment began shortly, followed by self isolation.

“I used to cough so much the entire building could hear me, but there was nothing we could do. It was as if my bones cracked whenever I coughed,” she said.

“I isolated myself at home for 22 days and lived there all by myself.

“You do not have energy to eat your food. I was not able even to recognize the smell of a lemon,” she said. “The pain was so severe that I was not able to raise my hands to my head…”

Despite testing negative for the virus twice, doctors suggested that she stays at home unless necessary.

Also, health professionals told her the traces of the disease were still visible in her lungs and they would not disappear for at least half a year.

To people complaining about having to wear a mask, she said: “Had I known, I’d have worn 10 masks all at once.”

H.C., a 29-year-old man who contracted the virus along with his pregnant wife, said the disease was much worse than the typical flu and he was diagnosed with the virus when he went to a health facility with complaints of tiredness, loss of taste and appetite.

He said when he coughed it felt like his internal organs were “breaking into pieces”.

“I began to recover on the fifth day of the drug treatment,” he said, but noted his wife continued to severely cough meanwhile and suffer from headache.

About a month later, the married couple tested negative for the virus, a source of great relief for the family.

H.C. went on to say that he was taking the virus very seriously once the outbreak began to spread in Turkey and did not leave his place unless he had to. He added it was very likely that he contracted the virus while shopping at a supermarket.

He called on people to take the disease seriously and not just rely on their presumably strong immune system as their infection might lead to another’s nightmare.

“There are senior citizens, and people with chronic health conditions. We should be sensitive,” he said, and urged people to wear masks and act in line with the suggestions of health officials.

Since originating in China last December, the pandemic has claimed over 509,400 lives in 188 countries and regions.

More than 10.41 million cases have been reported worldwide, while over 5.25 million patients have recovered so far, according to figures compiled by the US’ Johns Hopkins University.