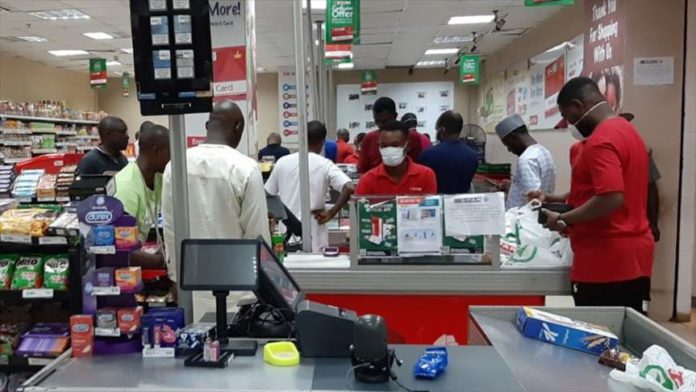 Africa’s urban population is projected to grow at a rate of 3.5% annually over the 2015 to 2025 period, nearly double the rate in Asia and triple that in Latin America, according to the UN.

There is a need therefore to ensure efficient food value chains to guarantee that food produced by rural farmers is delivered to the growing number of urban consumers, experts say.

In an effort to feed growing urban as well as rural populations, Africa faces challenges posed by “weak links” which affect food delivery on the one hand and the delivery of inputs on the other, according to Kirimi Sindi, a Kenya-based agricultural economist.

“The main challenge is that Africa has very low farm productivity of all the major crops on the continent, being the biggest net importer of maize, beans, rice and wheat,” Sindi told Anadolu Agency.

“So what Africa has to do in order to feed rural and urban populations is to increase productivity. But issues of the agriculture value chain need to be addressed for the farmers to be able to deliver [produced] food to urban areas and in turn access services and inputs such as the best seeds and fertilizers [from urban areas].”

Although Africa has 65% of the remaining arable land in the world, its food import bill during the last five years averaged $68.5 billion annually, according to the African Development Bank.

And if left unchecked, it is estimated that by 2025, the import bill could surge to $110 billion.

Africa is the world’s fastest urbanizing region, with an urban population of 472 million that is projected to double over the next 25 years.

The increase in urban dwellers greatly contributes to an increase in demand for basic staple foods at a rate of 4.8% per year, which means that every year, it increases by another 4.8%.

Cities shape Africa’s agribusiness environment by affecting patterns of agricultural production and bringing about the rapid expansion of food processing and distribution plans.

Sindi said to counter the mounting food imports from overseas, African farmers and traders need to devise means to drive down their production, storage and distribution costs.

“When we produce, our infrastructure presents a big problem. People produce food, but they are not able to transport it to the market due to poor roads,” he said.

Africa’s development priorities are outlined in Agenda 2063 — the blueprint for the African Union’s economic development in the coming decades.

Agenda 2063 spells out agricultural development as a high priority, to be accelerated and transformed for shared prosperity and improved livelihoods.

As urbanization rises in Africa, achieving food security and nutrition for all will depend on interventions that transform urban–rural linkages, according to the Africa Agriculture Status Report released last week by the Alliance for a Green Revolution in Africa.

The report underlined the need for farmers’ diversification to meet shifting demand for high-value perishables such as poultry, dairy, livestock and horticultural products.

This has been possible through investing in modern technologies including irrigation and improved crops, as well as efficient markets and distribution channels, he said.

At the same summit, Ethiopian Prime Minister Abiy Ahmed also called on Africa to modernize agriculture through production-enhancing technology, which he said has been a main driver of Ethiopia’s rapid agriculture productivity growth.

“Climate shocks also affect farming in very many ways. When we expect the rain, it doesn’t come at that particular time. We need to improve our weather predictions so that we can be able to advise the farmers much better but also grow new crop varieties which can withstand climate shocks,” he said.

Amina Mohammed, Deputy Secretary-General of the UN, appealed for investment at the local levels, noting that it is the least invested in — yet it is the foundation.

“Investment in extension services is at the local levels. Without that foundation, you will not achieve the Africa you want,” she warned.

Kagame attributed Africa’s food import bill to slow value addition to the continent’s own products and doing less business with each other, a situation he said is changing.

“This has started to change, but it will be upon the young people to seize the opportunity available to fundamentally change the business of food in Africa,” he said.

Moussa Faki Mahamat, the chairperson of the African Union Commission, called for clear budget allocations that cater for the necessary transport and storage infrastructure, as well as unhindered trade integration among countries on the continent.