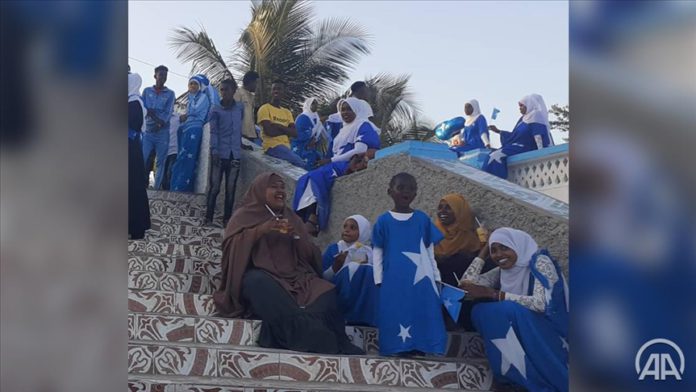 Jawahir Barqab, the Banadir region women’s organization, said in a statement that the national consultative council’s announcement on Tuesday about the fee reduction has alleviated concerns among Somali women running for Senate and Federal Parliament seats.

“They now have clear pathways to the parliament,” she said, citing the fee cut for female candidates running for both houses of parliament.

July 25 will mark the election of members of the Senate, with polling stations to be prepared by July 23, according to the schedule determined by the council, which comprises Prime Minister Mohamed Hussein Roble, the leaders of five regional states, and the mayor of the capital Mogadishu.

Electoral delegates for the later election of lower-house lawmakers slated for Aug. 10-Sept. 10 will be selected and prepared between July 15 and Aug. 10.

After a meeting with women’s advocacy groups, the council also reduced fees for women parliamentary candidates to run for office by 50%, the government spokesman Mohamed Ibrahim Moalimuu said in a statement.

Women have already been given a 30% quota in both houses of the parliament.

Nuurto Mohamed, a university student in Mogadishu, told Anadolu Agency that Somali women have made significant progress in recent years, but that the 30% women quota is “not enough”.

However, she appreciated the fees reduction decision for female candidates in the upcoming elections.

“In terms of politics, we [Somali women] are doing a great job of integrating the political system, but we have never had a female head of state, speaker of parliament, or prime minister. That should be our goal,” she commented.

Despite lower fees and a 30% women quota in the upcoming parliamentary and presidential elections, the national independent electoral commission chairwoman Halima Ismail said Somali women continue to be marginalized on all levels.

“Though there are plenty of knowledgeable women in different fields, Somali women continue to be marginalized on all levels. First, it was men who take decisions for our country, and today we are being sidelined from our justice system,” she said.

Ethiopia objects to Egyptian base plans in Somaliland