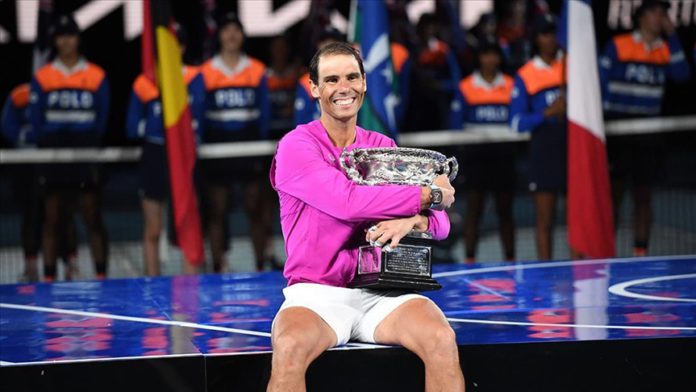 He said that a few months ago, they were joking about their injuries together with Nadal, adding “never underestimate a great champion,” praising the Spanish legend.

“I’m proud to share this era with you and honored to play a role in pushing you to achieve more. As you have done for me for the past 18 years,” the former number one said.

Federer missed his chance to win the 21st title in the 2019 Wimbledon, losing to Djokovic.

Djokovic, who was not allowed to participate in the Australian Open after his visa cancellation was upheld by a three-member bench of the Federal Court, also praised Nadal.

He also lauded 25-year-old Medvedev for putting “hell of a fight.”

“I know you will have many more Grand Slam wins in your future,” Djokovic said.

Before this game, Nadal, Novak Djokovic, and Roger Federer were all level on a men’s record of 20 Grand Slam singles titles each.

Djokovic failed to bag his 21st grand slam title after losing to Medvedev in the 2021 US Open final.