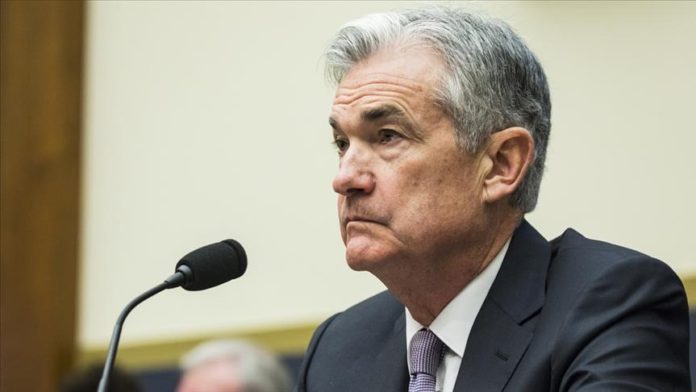 US Federal Reserve Chair Jerome Powell said Tuesday that the American economic recovery is far from complete because of the pandemic-led weak job market and high unemployment.

“The economy is a long way from our employment and inflation goals, and it is likely to take some time for substantial further progress to be achieved,” he said in testimony before the Senate Banking Committee via teleconference.

The central bank head described the path ahead for the world’s largest economy as “highly uncertain” but added that a rise in vaccinations point to “an improved outlook” that could be seen later this year.

Although the number of unemployed decreased from 22 million during the March-April period to 10 million in the US, Americans are waiting for President Joe Biden’s $1.9 trillion relief package to pass Congress. The package includes $1,400 direct personal checks,

The House of Representatives Budget Committee approved Biden’s bill on Monday which could clear the lower chamber by end of this week. It is, however, expected to face strong opposition from Republicans.

Powell dodged a question about the relief plan but indicated he would prefer separating the government’s fiscal policies from the Fed’s monetary actions.

Asked whether budget deficits matter due to the amount of money being printed, he said, “I think that we will need to get back on a sustainable fiscal path. The way that has worked when it is successful is you just get the economy growing faster than the debt.”

Powell continued to reiterate the Fed’s stance on achieving maximum employment and its inflation goal of 2% but did not address rising bond yields or inflation expectations.

Asked about the Fed’s policy on income and wealth inequality, he said: “We can’t affect wealth inequality, certainly in the short term. We can affect, indirectly, income inequality by doing what we can to support job creation at the lower end of the market.”

And he again deflected on a question about tax reform, saying: “Those are fiscal policy issues.”