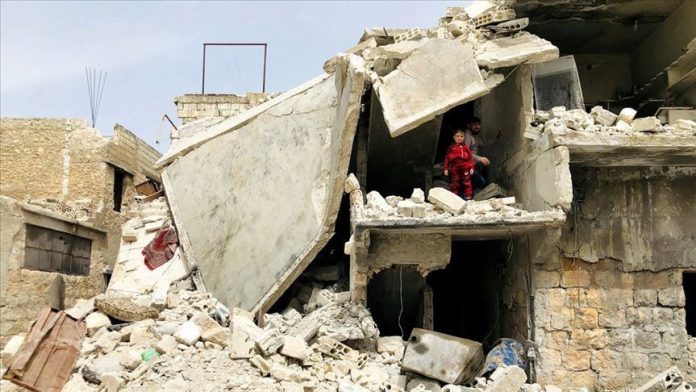 Syrian children taking shelter in caves with their families to protect themselves from Assad regime attacks are growing up without the benefit of daylight, fresh air, or playing games.

The Assad regime and its supporters are ignoring international agreements which were reached to protect some 4 million civilians in Idlib, northwestern Syria.

Cease-fires reached in Idlib since fall 2018, spearheaded by Turkey, have been plagued by the attacks of the Assad regime and its allies, flouting the cease-fire rules.

Civilians targeted in Idlib since the civil war erupted took shelter in caves in order to survive.

Although this has not protected them