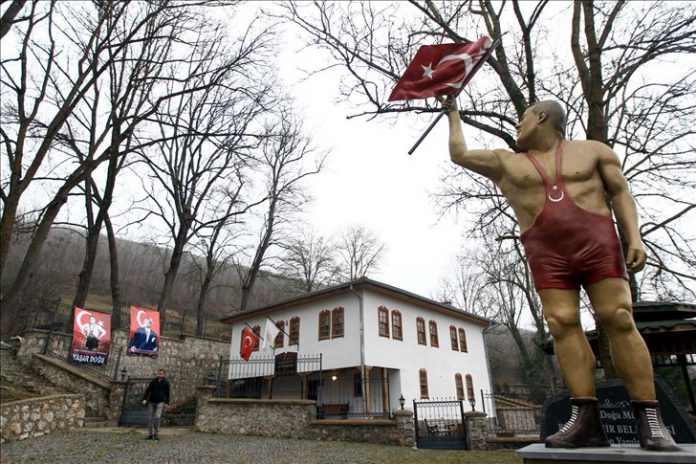 Yasar Dogu, known by his nickname “the father of Turkish wrestling,” was commemorated Wednesday on the 59th anniversary of his death.

Dogu achieved many milestones and successes throughout his career, including winning gold medals at the 1948 London Olympic Games, the 1951 World Wrestling Championships and the European Championships in 1946, 1947 and 1949.

After his father was martyred in World War I, he grew up in his grandfather’s home in Emirli district in Turkey’s northern province of Samsun and started practicing a Turkish folk wrestling style called “Karakucak”.

Later, during his military service, Dogu maintained his interest