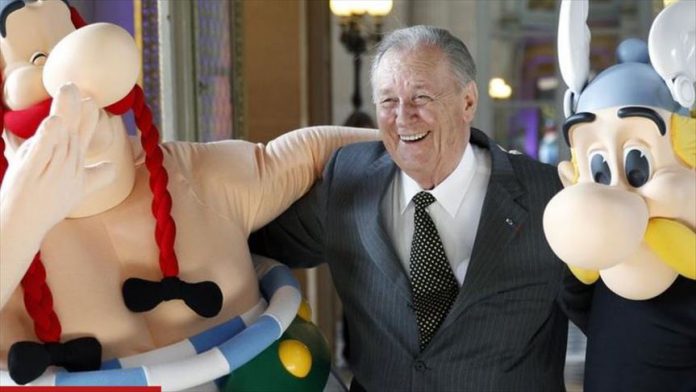 Famous for his Asterix comic books, French comic book artist and illustrator Albert Uderzo, has died at the age of 92.

His family confirmed the legendary writer’s death on Tuesday.

Uderzo was reported to have died of a heart attack in his sleep.

Asterix debuted in 1959 in the French magazine PIlote, written by René Goscinny and illustrated by Albert Uderzo. The publication celebrated its 60th anniversary last year.

The series, which was based on Gaulish warriors having adventures and fighting the Roman Empire during the era

Lift all ‘illegal sanctions’ on Iran: China tells US