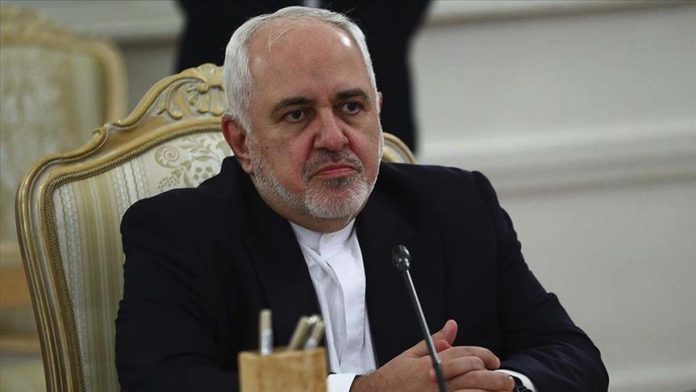 Iran’s engagement in war-ravaged Afghanistan and relations with the Taliban and Fatimeyoun militia are back in focus following Foreign Minister Javad Zarif’s remarks in a TV interview.

Speaking to the private Afghan Tolo broadcaster, Zarif acknowledged some 2,000 Afghans fought alongside pro-regime forces in Syria under the Fatemiyoun brigade, a Shia militia backed by Tehran.

The top diplomat also touched on the issue of Afghan refugees in Iran amid reports about mistreatment and discrimination against them.

These issues have for long been main bones of contention between the two neighboring countries, contributing to bitterness and deep-seated hostilities between them.

While Tehran’s growing ties with the Taliban are seen with suspicion in Kabul’s political, media and intelligentsia circles, its support for Fatimeyoun militia in conflict-torn Syria has been widely criticized.

Tehran and Kabul have made hectic efforts in recent years to bury their hatchet through multi-track diplomacy. The two nations are currently close to finalizing a long-term strategic cooperation pact, apart from cooperation on the Afghan-led peace process.

But, like on many occasions in the past, Zarif’ remarks seem to have antagonized both the government and rebels in Afghanistan.

Zarif, who was part of the 2011 Bonn Conference on Afghanistan, said the Taliban continue to be on the list of “terrorist groups” in Iranian laws as in the UN laws.

The statement, while discreetly welcomed in Kabul, evoked a sharp reaction from Taliban spokesman Zabihullah Mujahid, who said the group was “not on any UN terror list”.

The spokesman went on to call on Iranian officials to refrain from making “irresponsible statements”.

The strongly-worded response from the Taliban reflects the complexity of Iran’s relations with the insurgent group despite growing bonhomie between them.

The Iranian government, wary of the US presence in the war-torn country and the emergence of ISIS/Daesh terrorist group, has in recent years supported Taliban’s inclusion in Afghanistan’s future political dispensation.

Both President Hassan Rouhani and Zarif have on many occasions spoken of “Afghan-led peace process” and an “inclusive government” in Afghanistan, which includes the Taliban.

Taliban leaders have also traveled to Tehran for “political consultations”. The most important visit was in November 2019 when the group’s deputy chief Mullah Baradar held talks with Zarif and other officials in Tehran.

There have also been reports about the Taliban opening an office in Iran and Tehran supplying arms to the group. These reports, however, were vehemently denied by Iran.

However, not everything is hunky dory between them. Iran continues to view Taliban’s direct engagement with the US with suspicion and Zarif even refused to attend Afghan peace talks in Doha.

Observers believe that Iran’s support to Taliban has to be seen in the context of the growing Daesh/ISIS presence in Afghanistan, beside the US presence, which threatens security on Iran’s borders.

Zarif, in the course of the interview, also spoke about the Iran-backed Afghan Fatemiyoun militia fighting in Syria, maintaining that they chose to fight “voluntarily”.

He said Iran helped in the formation of the “anti-Daesh front” in Syria, which included fighters from many countries, including Afghanistan.

While the claim of Fatimeyoun fighters opting to fight voluntarily in Syria has often been contested by Afghan officials and human rights activists, the suggestion of “regrouping” the militia in Afghanistan in the fight against Daesh/ISIS apparently didn’t go well in Kabul.

This suggestion has previously been made by other officials in Iran, who see the emergence of the Daesh/ISIS terror group in the neighborhood detrimental to the regional peace and security.

For Afghan officials, however, the issue of Afghan nationals being recruited to fight in a war far away from their homeland is emotional and the idea of regrouping the militia fighters in the fight against Daesh/ISIS inside Afghanistan also seems to have few takers in the country.

The issue of Fatimeyoun has figured prominently in talks between the officials of the two countries in recent years. While Iran has maintained that the militia fighters chose to “fight voluntarily”, Afghan officials have protested it.

With the war waning in Syria now, majority of these fighters have returned to normal life.

According to rough estimates, around 2,000 Fatemiyoun fighters were killed in Syria.

The issue of Afghan refugees, mostly undocumented, is another daunting challenge for the two countries, with frequent reports of mistreatment and discrimination faced by them in Iran.

Zarif said the issue of one private Iranian bank not issuing bank cards to Afghan refugees had been raised with the country’s central bank, but the bank opposed it, citing money laundering.

On the issue of Afghans not allowed to attend schools in Iran, Zarif said there are around 480,000 Afghan students in Iran and nearly 120,000 Afghan refugees who avail health insurance.

Notwithstanding these reassuring statements, some recent incidents point to the complexity of the migrant crisis in the region.

In June, the death of three Afghan migrants in a car blaze in central Iran’s Yazd province led to further escalation of tensions, even sparking widespread protests in Afghanistan.

These issues, however, were resolved through diplomacy with many top officials from the two countries holding deliberations at the highest level.

Pertinently, Iran hosts around one million registered refugees from Afghanistan in addition to over two million Afghan refugees without documentation, according to the UN refugee agency.

The two countries share a 582-mile long border, with two official crossings. The border is mostly porous and is often used for illegal migration and drug trafficking.