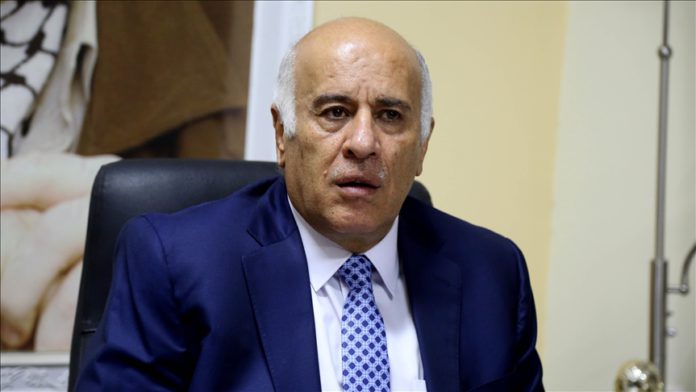 Palestinian group Fatah will run in this year’s legislative elections on a “unified list” despite anger among some group members, the Secretary-General of the movement’s Central Committee has said.

“We are a popular movement, but still we have some angry and inconsistent members,” Jibril Rajoub told Anadolu Agency in an exclusive interview held on Monday.

“The Fatah movement is greater than individuals…, and the Central Committee — the group’s highest decision-making body — and the Revolutionary Council, Fatah’s parliamentary body, are the one who make the decisions.”

Rajoub singled out Nasser Al-Qudwa, a member of the Central Committee and the nephew of late Palestinian leader Yasser Arafat, for criticism over attempts to form a separate list under the name the National Democratic Forum.

While acknowledging that Al-Qudwa is “free” in his attempt to form another electoral list, Rajoub said negotiations with him continue to reverse his decision.

Based on a decree issued by Palestinian President Mahmoud Abbas, legislative elections are scheduled to be held on May 22 and presidential polls on July 31.

Asked about cooperation between Fatah and its rival group Hamas on the upcoming polls, Rajoub said it is no “secret” that meetings and communications “take place on a daily basis between him and Hamas leaders to end divisions”.

The Fatah leader said he had held a meeting last week with the deputy head of Hamas Political Bureau, Saleh Al-Arouri, in the Egyptian capital Cairo.

“This meeting had paved the way for President Abbas’ announcement of an election court to resolve potential issues concerning electoral disputes,” he said, adding that his talks with al-Arouri also tackled a host of issues, including freedoms and the release of detainees.

Rajoub revealed that another round of talks between Palestinian factions will take place in Cairo on March 16-17 with a view to “creating a national consensus” on mechanisms that will “improve the democratic process”.

The first round of the Cairo talks was held in February during which the factions agreed to establish an election court.

Rajoub noted that the Palestinian factions had reached understandings on the formation of a national unity government regardless of the election results.

“The unity government will seek to unify state institutions and ensure collective efforts in providing care and development for the Palestinians,” he said.

Regarding Israeli interference in the election by arresting Palestinian figures and threatening others, Rajoub said: “We will run in the polls against the will of the occupation”.

“These fascist practices will not affect us,” Rajoub said, warning that the Israeli occupation seeks to “poison” relations between Palestinians and separate the West Bank from the Gaza Strip.

“We will defend the right of all factions to vote and run for election,” he said, adding that the occupation will not be allowed to support a faction against another.

Israeli forces have detained a number of senior Hamas leaders in overnight raids in the occupied West Bank over the past few weeks in a move aimed at preventing them from running in the elections while others have been threatened by Israeli intelligence agents with imprisonment if they contest the polls.

The Fatah leader also stressed on the rights of Jerusalemites to take part in the vote whether as candidates or as voters.

Israel, which occupied East Jerusalem in 1967 and rejects any sign of Palestinian sovereignty in the city, has yet to clarify its position regarding the polls.

Rajoub praised the International Criminal Court (ICC)’s decision to open an investigation into “potential war crimes” by Israel in the Palestinian territories as “significant” and called on the world to support the ICC move.

The Fatah leader said the ICC decision “shook the neo-Nazis in Israel” whose “Holocaust practices” in Palestine continue.

“If they do not want to go to courts, they should stop their crimes and abandon terrorism,” he said.

Rajoub decried the Joe Biden administration’s rejection of the ICC decision, saying the US president is keen on protecting Israel at the expense of the Palestinians, a move he considers as “traditional” and “typical of previous US administrations”.