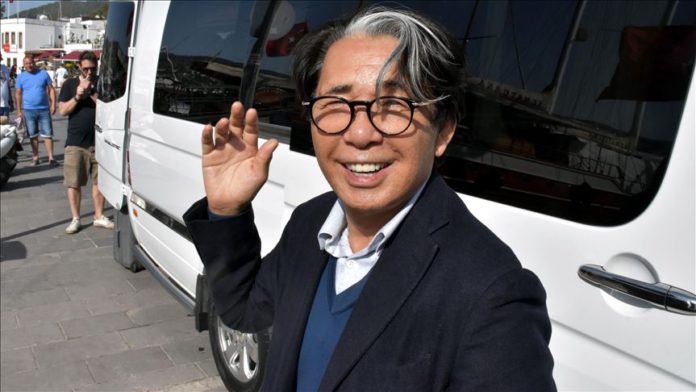 Legendary fashion designer Kenzo Takada died in the French capital on Sunday from the novel coronavirus, a spokesperson announced.

The renowned Japanese founder of the Paris-based ready-to-wear design house Kenzo succumbed to the virus at the American Hospital in Neuilly-sur-Seine. He was 81.

Kenzo, as he was known, made his way to Paris at the age of 26. He founded his label in the city and was the first Japanese designer to achieve fame amid the intense competition in the global fashion capital.

Born in 1939 in the Japanese city of Himeji, he studied at the Bunka Fashion College in Tokyo before making his way to France by boat, landing in the port city of Marseille and later traveling north to Paris.

In 1993, Kenzo had sold his label to the luxury fashion conglomerate LVMH Group, retiring in 1999 and spending his time since on singular projects. The designer, known for being prolific and playful, was celebrated for his floral prints and bold patterns in his work ranging from clothing to footwear, as well as perfume.

Kenzo was also a painter and sold his works often at auctions.

The designer opened his first boutique in Paris in 1970, launched a womenswear collection that same year and another line for men in 1983. He released his first perfume five years later.

Now, three shops in Paris bear his name, with boutiques in multiple countries from Iceland to Mexico to Taiwan.

In 2016, Kenzo received the Legion d’Honneur from the French government, the highest distinction bestowed upon citizens for notable achievements in various fields.