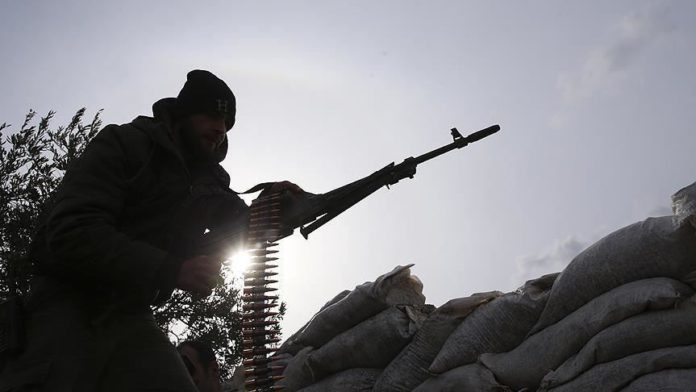 The leader of a far-right French group says he has joined Armenian ranks in Nagorno-Karabakh to fight Azerbaijanis.

Self-described fascist Marc de Cacqueray-Valmenier, leader of the far-right Zouaves Paris (ZVP), posted a photo of himself on social media in a military uniform with an automatic weapon.

The ZVP is a pro-violence, neo-Nazi group.

His participation means that after terrorist outfits such as the YPG/PKK, European far-right groups have also started fighting alongside Armenia.

Albert Mikaelyan, a soldier who was taken captive by Azerbaijani forces liberating the country’s territories, last month confessed that PKK terrorists were fighting in Armenian forces’ ranks in Nagorno-Karabakh, which is recognized as part of Azerbaijan.