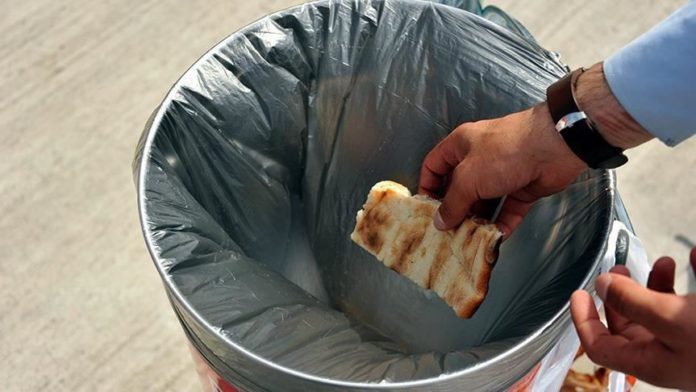 Marking the first International Day of Awareness of Food Loss and Waste on Tuesday, the UN Food and Agriculture Organization (FAO) called for both public and private support to reinforce efforts to stem mounting food shortages.

The novel coronavirus pandemic was a global wake-up call on the need to transform and rebalance the way food is produced and consumed, the FAO’s representative in Turkey, Viorel Gutu, told Anadolu Agency.

Noting that food loss and waste have been rising topics of discussion in recent years, Gutu said the UN General Assembly proclaimed on Dec. 19, 2019, an International Day of Awareness of Food Loss and Waste.

Gutu noted that the FAO seeks to enlist the help of both the public and the private sectors to prevent food loss and waste and ensure food security for all those impacted by the virus — particularly the most vulnerable.

He said that food thrown away in landfills releases greenhouse gas and contributes to climate change.

“That is the reason why this first theme for the new observance will be ‘Stop food loss and waste. For the people. For the planet.'”

Pointing to the importance of reducing food loss and waste in a world where the number of people affected by hunger has been on the rise since 2014, Gutu said: “When food is lost or wasted, all the resources that were used to produce this food — including water, land, energy, labor and capital — go to waste.”

Gutu underlined that approximately 14% of the food produced globally for consumption each year is lost even before reaching the wholesale market.

“The monetary value of food losses is over $400 billion, almost equivalent to the GDP of Austria.”

Stressing that the COVID-19 pandemic pointed to the need to transform and rebalance the way food is produced and consumed, Gutu said: “Virus-related measures resulted in a loss of markets for producers and distributors, making the situation even more challenging while dealing with high levels of food waste.”

The virus had negative effects on the incomes and livelihoods of small producers, especially in developing countries, putting food security at risk especially for the most vulnerable countries, he stated.

“Thus, we need to be aware of the importance of the issue of food loss and waste now more than ever in order to promote and implement our global efforts towards resolving it,” added Gutu.

He underlined that innovation would be necessary for technological solutions in post-harvest management and would involve both the private sector and governments to prevent from causing losses.

“I believe no action can be truly transformative and efficient if it fails to be collective,” he stressed.

Gutu noted that in establishing the Save Food global initiative, the FAO had sought to encourage dialogue between industry, research, governments and civil society, thereby facilitating the development of effective measures.

Under the initiative, the organization is implementing multiple research, capacity-building and awareness activities and projects across Europe and Central Asia.

Turkey has implemented a significant awareness-raising campaign, focusing on preventing bread waste. This has resulted in saving 300 million loaves of bread annually, as well as an overall Turkish liras ($360 million) for the economy, he explained.

The FAO developed Turkey’s first National Strategy and Action Plan on Food Loss and Waste with the contributions of experts from the Ministry of Agriculture and Forestry and other related stakeholders.

The scheme comprises of 95 concrete measures, including technical, education and communication and legal and policy measures, addressing the issue at each stage of the food value chain at both local and national levels.

“With it, we aim to empower and provide guidance for policy and decision-makers, as well as the actors who actively engage on the matter and other related issues such as food safety, sustainability of food systems and the environment,” Gutu said.