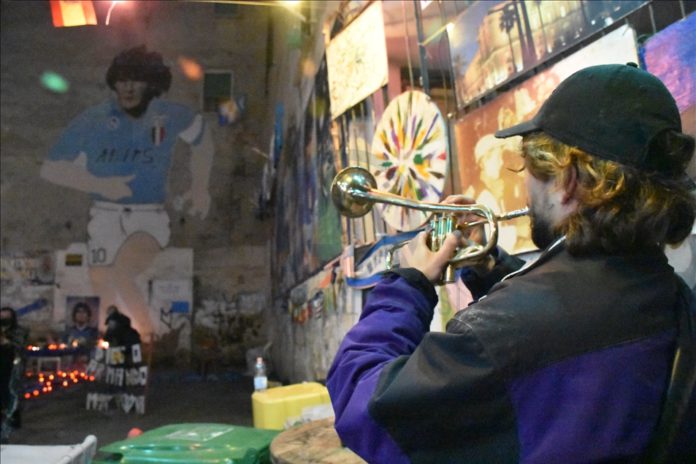 Anadolu Agency correspondent in Italy reported that thousands placed flowers, scarves, posters and candles in the San Paolo Stadium, the home of Napoli.

NAPLES, ITALY – NOVEMBER 26: A mural of the Argentine soccer legend Diego Armando Maradona in the Spanish Quarter is seen in Naples, Italy, on November 26, 2020. Diego Armando Maradona, who is regarded as one of football’s greatest players ever, died of heart failure Wednesday at the age of 60 as the world mourned him. ( Barış Seçkin – Anadolu Agency )

The fans also put a “Diego Armando Maradona” sign on the gate of the stadium.

Naples residents at their homes’ balconies applauded the legend and put candles to pay homage to him.

Maradona, who is regarded as one of football’s greatest players ever, died of heart failure Wednesday at the age of 60.

He was a regular player for the Argentine national team, where he claimed the 1986 FIFA World Cup in Mexico.

He also produced 34 goals in 91 international caps for Argentina. 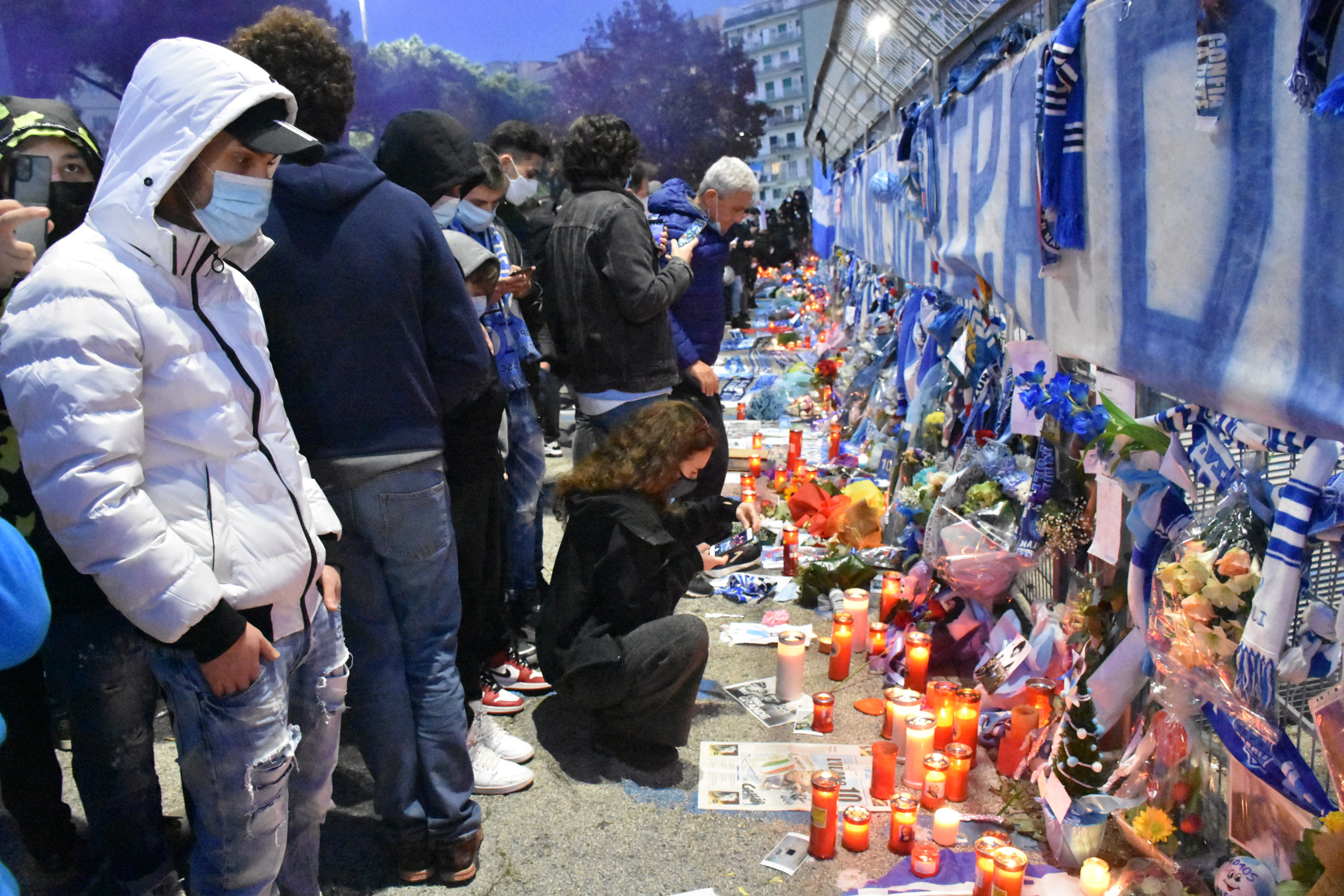