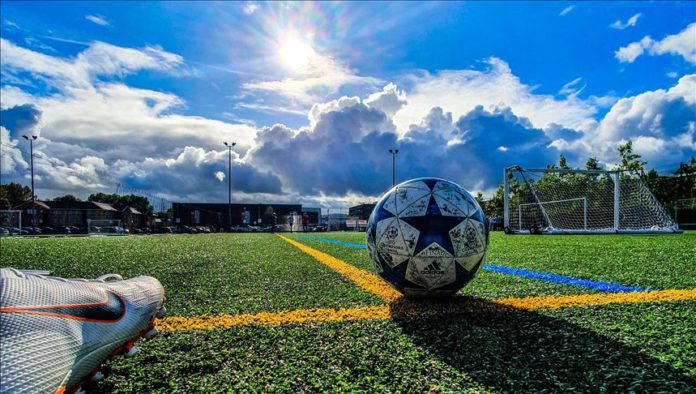 Boys generally view their fathers as the leading role model for their lives, with many deciding to carry on in their footsteps for their careers.

In modern football, many players have followed in their father’s footsteps and some have even surpassed the achievements of the elder generation. For others, the pressure to meet expectations are too high of a bar to reach.

Here are some famous father-son duos:

Regarded as one of the best defenders in the history of modern football, son Paolo, also left his mark on Milan’s history with his playing style and achievements. He won seven Serie A titles and five European Cups in 901 appearances for Milan between 1984 and 2009.

Both were captains for Milan multiple years.

Regarded as one of the best-attacking midfielders during the 1980s and 1990s, Gheorghe Hagi, former Romanian player, played for powerful clubs in Europe, including Steaua Bucharest, Real Madrid, Barcelona and Galatasaray.

He won four consecutive Turkish league titles between 1996 and 2000 with Galatasaray and was a key player of the club’s UEFA Cup and UEFA Super Cup glories in 2000.

His son, Ianis, a product of the Gheorghe Hagi Football Academy, started his career at Viitorul Constanta, then played for Fiorentina and Genk.

The 21-year-old plays the same position as his father and is now making appearances for the Glasgow Rangers in Scotland and the Romanian national team.

Former Dutch forward Patrick Kluivert is the third-highest goal-scorer for the Netherlands international team with 40 goals. He won two consecutive Eredivisie titles with Ajax during the 1994-95 and 1995-96 seasons. He lifted the UEFA Champions League title and UEFA Super Cup in 1995.

Kluivert played with major European clubs such as Milan and Barcelona and lifted the La Liga title in 1999.

His son, Justin, began his career as his father did in Ajax, before moving to Serie A club Roma in 2018. With a €22.5 million ($25 million) market value, the 21-year-old is viewed as one of the best young wingers in European football.

Peter and Kasper Schmeichels of Denmark left their marks on the English Premier League as they became the only biological father and son to lift the title in England’s top tier division.

The elder Schmeichel was one of the greatest goalkeepers during the 1990s as captain of the Manchester United squad, winning major titles.

He won five Premier League titles in the 1990s and the UEFA Champions League cup in 1999. He lifted the European Championship trophy in 1992 with Denmark’s national team. Denmark shocked the world with the victory coming from the underdog nation in the tournament.

Kasper Schmeichel, 33, also a goalkeeper, began his career at Manchester City but has been a Leicester City regular since 2010.

Zinedine Zidane is one of the most important players of all time and is known for excellent ball control and dribbling skills.

During his time with Juventus, he helped the Turin side clinch an Intercontinental Cup and UEFA Super Cup.

The peak of his career was the FIFA World Cup in 1998, when France won the title at the Stade de France.

With the Spanish giants, he earned a Champions League title, an Intercontinental Cup title and a UEFA Super Cup title.

His name was the most spoken during the 2006 FIFA World Cup.

In the final match, the legend was sent off with a direct red card after he headbutted Italian defender Marco Materazzi.

His eldest son, Enzo, started his career with Real Madrid’s youth team, then was promoted to the club’s first team.

Throughout his career, Enzo played for several Spanish clubs and is currently playing for Almeria.

Luca, 22, made his professional debut for Real Madrid in La Liga when Los Galacticos drew 2-2 against Villarreal in 2018.

In July 2019, Luca was transferred to Spain’s Racing Santander.

He has made 31 appearances for Santander.

The younger Blind transferred to Manchester United from Ajax in 2014, where he was part of the team that clinched the UEFA Europa League in 2017.

The defender was a member of the Netherlands team that finished third at the 2014 FIFA World Cup.

Alf-Inge Haaland was a Norwegian defender and midfielder for the English clubs Nottingham Forest, Leeds United and Manchester City.

He retired when he was at Norway’s Rosseland BK in 2013.

He made 34 appearances for the national team.

Erling was one of the most exciting transfers when he moved to Borussia Dortmund from RB Salzburg in January.

The 19-year-old forward produced 10 goals and one assist in eight games in the UEFA Champions League.

The Spanish goalkeeper Carles Busquets played mostly for Barcelona, making 115 appearances for Barca from 1988 to 1999.

Busquets was on the bench when Barcelona beat Italy’s Sampdoria in the final of the European Champions Clubs Cup in 1992.

Sergio is a product of Barcelona’s youth system and was promoted to team A in 2008.

The defensive midfielder produced 15 goals and 37 assists in 571 appearances.

Roger Lukaku’s career began in Africa with the Cote d’Ivoire team in 1990.

After three years, he moved to Belgium’s Boom FC in 1993.

Throughout his career, he played for several Belgian clubs and joined Turkish club Genclerbirligi in 1997, making 34 appearances.

Roger Lukaku, hailing from the Democratic Republic of Congo chose to play for the national team of the country, then known as Zaire.

He was one of the top signings in the summer of 2019 as Inter Milan signed him away from Manchester United for €65 million ($71.5 million).

The forward helped Belgium win bronze at the 2018 FIFA World Cup in Russia.