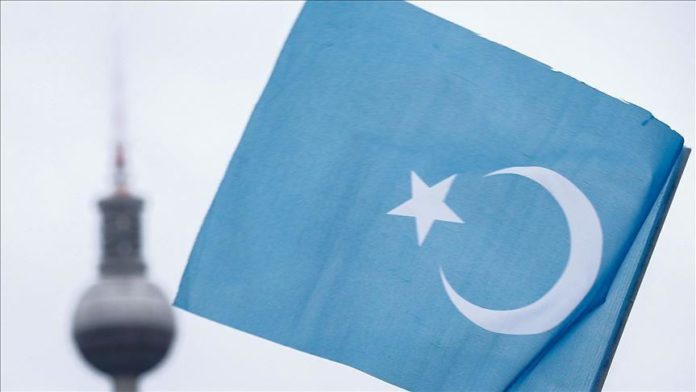 A Uyghur man exiled in Switzerland addressed the Human Rights Council Friday, calling on the HRC to establish a special UN investigator for his China region, Xinjiang, where he said his family is held hostage in a concentration camp.

Abdulxukur Abdurixi made his call during criticism at an HRC session coming from Western nations, including the European Union, Australia, Britain, and Canada, in which China’s handling of legal rights in Hong Kong was also rebuked.

“There is a genocide being committed against my people,” said Abdurix, who was backed by Swiss-based Justice for Uyghurs group.

China rejected his statement as “baseless” without addressing the council.

John Fisher, Geneva director of Human Rights Watch, addressed the council saying “We join together to call for an international mechanism to address the Chinese government’s human rights violations, and urge the Human Rights Council to take decisive action to achieve this goal.”

He said that 50 UN experts on June 26 called for “decisive measures to protect fundamental freedoms in China.”

They highlighted China’s mass human rights violations in Hong Kong, Tibet, and Xinjiang, and suppression of information during the COVID-19 pandemic.

Abdurixi said, “My family is held hostage in a Chinese concentration camp. My brother is forced to assemble phone chargers as a slave laborer. Your charger may be among them.”

Three million Uighurs are detained in concentration camps, he asserted.

The Uighur man said his people’s suffering is “met with indifference by corporations who profit from our collective suffering.”

“While most governments are turning a blind eye, if anything is to change, the UN [must] act now,” he said.

Xinjiang region in China is home to 10 million Uighurs. The Turkic Muslim group, which makes up around 45% of Xinjiang’s population, has long accused China’s authorities of cultural, religious, and economic discrimination.

According to US officials and UN experts, up to 1 million people, or about 7% of the Muslim population in Xinjiang, have been incarcerated in an expanding network of “political re-education” camps.

Israel has approved construction of 3,365 settlement units since beginning of...