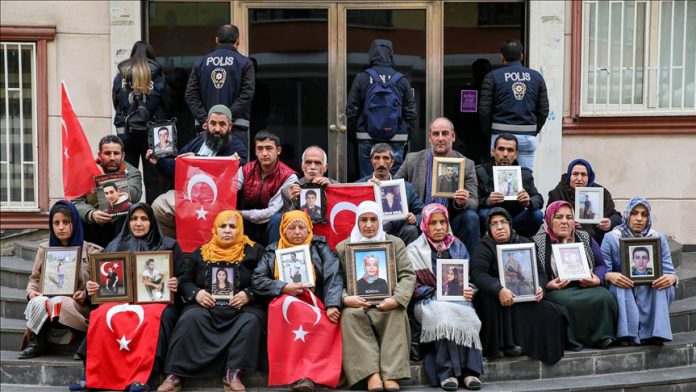 Dozens of families have been staging a sit-in protest against the PKK terror group in the southeastern province of Diyarbakir outside the provincial office of a Turkish opposition party long accused by the government of having links to the PKK.

The protest started on Sept. 3 in Diyarbakir after a mother, Fevziye Cetinkaya, said her 17-year-old son had been forcibly recruited by the PKK through members of the Peoples’ Democratic Party (HDP).

Since then, the number of families in front of the building is growing as families demand the return of their children, who, they claim, were deceived

China to impose sanctions on US' Lockheed Martin over Taiwan

Turkey: Sectoral confidence down in March