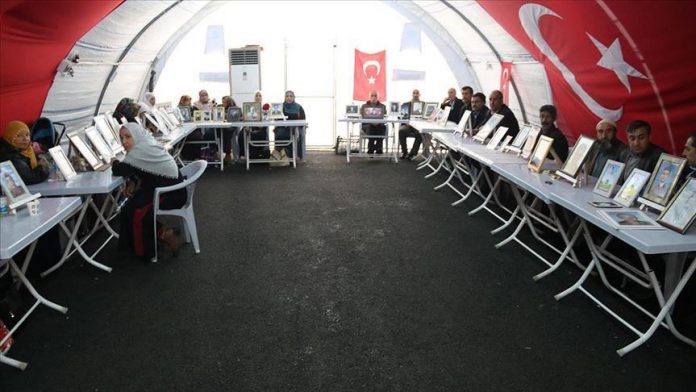 On its 205th day, hosts of families gathered for their months-long sit-in in southeastern Turkey demanding that a political party free their children from the terrorist YPG/PKK.

Dozens of mothers started the protest on Sept. 3 outside the Diyarbakir offices of the Peoples’ Democratic Party (HDP), a party accused by the government of having links to the terrorist YPG/PKK, saying that their children were forcibly recruited by PKK terrorists.

Since then, the number of protesting mothers has been growing, as they demand the return of their children, who, they say, were deceived or kidnapped by the terror group.