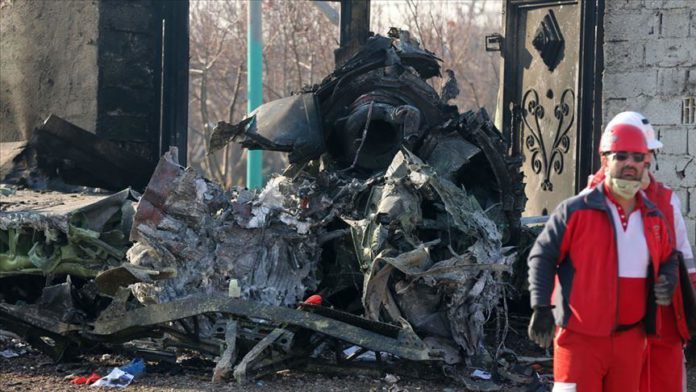 A petition demanding justice for the families and 176 victims of a Ukrainian aircraft accidentally shot down by Iran in January had garnered more than 142,129 signatures as of Friday morning.

The ongoing petition is a stark reminder that despite repeated promises by Iran for a full and transparent Investigation since the Jan. 8 tragedy, they have proved empty words.

Canada numbered 55 victims and 30 permanent residents among the 176 dead from seven countries and it has led the discussions with Iranian officials.

The latest contact between Canadian Foreign Affairs Minister Francois-Philippe Champagne and his Iranian counterpart June 22 featured reiterated promises of compensation and commitment to send the plane’s “flight recorders to France for analysis without further delay,” according to Champagne’s office.

But while in public plays the chastised regime, behind the scenes it shows a different face. Families of victims allege looting of their loved ones’ belongings and harassment from Iranian agents warning family members in Canada to curtail criticizing Iran.

The looting and bullying played a role that led to the formation of the Association of Families of Flight PS752 Victims. It represents at least 100 victims. Members of the group established the online petition at change.org.

Hamed Esmaeilion, a Toronto area dentist who lost his wife and nine-year-old daughter in the crash, is a spokesperson for the victims’ association.

“The bodies of these innocent people were looted and improperly and indifferently interfered with, causing indignity to the remains of the murdered,” Esmaeilion told Toronto’s National Post newspaper. “Most of the cell phones, rings, passports, they were looted. Money, the wallets, everything.

“And (there are) photos of Iranian officials searching the bags and the luggage to find something. We don’t know what they were doing.”

Iran claims the shooting down of the airliner with two surface-to-air missiles just after the plane left Tehran airport was due to “human error.” But the question remains, deliberate or tragic accident?

“Was it intentional or not?” Esmaeilion said. “Just prove it.”

The tragedy hit the Edmonton-Iranian community in the Canadian province of Alberta especially hard – as many as 30 residents were killed.

Leila Latifi lost her son, a University of Alberta student.

Immediately after the crash, she left Iran and sought refugee status in Canada so she could speak out and urge the Canadian government to act.

“We demand the government follow up on this,” she told the CBC through a Farsi translator.

After Champagne spoke with Iranian Foreign Minister Mohammad Javad Zarif June 22, he called the Association of Families of Flight PS752 as part of a series of four calls with family members of the victims, Global Affairs Canada spokesman John Babcock told Anadolu Agency by email.

“Minister Champagne updated the families on his call with Mohammad Javad Zarif,” Babcock said. “The minister listened to concerns and suggestions made by the families and answered their questions across many topics of mutual concern.”

He said Champagne made it known that Canada and the other affected countries want action, not just words.

“Minister Champagne was clear on his call with Iran: Immediate action is required from Iran to ensure they conduct a comprehensive, transparent investigation and provide compensation for families,” Babcock said.

“The Minister obtained commitments from Iran to send the flight recorders to France for analysis without further delay, to detail Iran’s progress on this issue at the International Civil Aviation Organization (and) to provide an update to the Coordination Group at their next meeting in early July on Iran’s progress on the criminal investigation, and a commitment to a meeting in early July to begin the process of compensation negotiations.”

The Coordination Group includes Canada, Ukraine, Sweden, Afghanistan and the UK, all of whom lost citizens in the disaster.