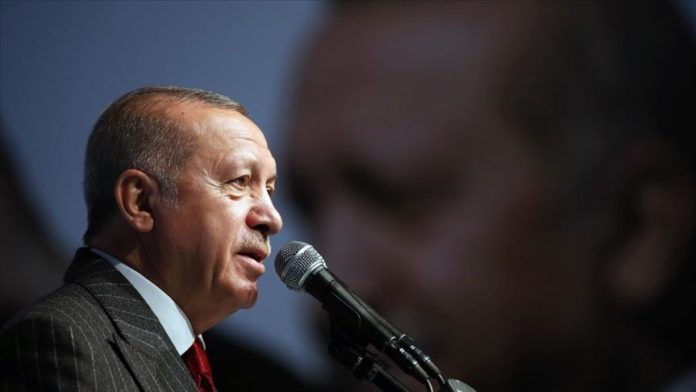 A protest by Turkish families against the terrorist PKK “tears down the wall of fear” and exposes the terror group’s “treacherous face,” said Turkey’s president on Friday.

Speaking at the Justice and Development (AK) Party’s extended consultation council meeting in the southeastern Diyarbakir province, Recep Tayyip Erdogan praised the local families who have been protesting the PKK since September 2019, encouraging their children lured or deceived into PKK service to give up their weapons and surrender to Turkish authorities.

“Diyarbakir mothers, with the flag they raised, both tore down the walls of fear and exposed the treacherous face of the separatist group and its political extensions,” said the Turkish president.

Erdogan went on to say that they continue to work day and night for the country’s security, giving no quarter or opportunity to the terrorist PKK.

As long as they do not praise terrorism and violence, there is room in the AK Party for all kinds of ideas, all kinds of thoughts, and anyone who prioritizes the nation and country, he added.

The protests outside the office of the opposition Peoples’ Democratic Party (HDP) started with three mothers who said their children had been forcibly recruited by the terrorists. The Turkish government says the HDP has links to the PKK terror group, and prosecutors have filed suit with the nation’s highest court to shut the party down.