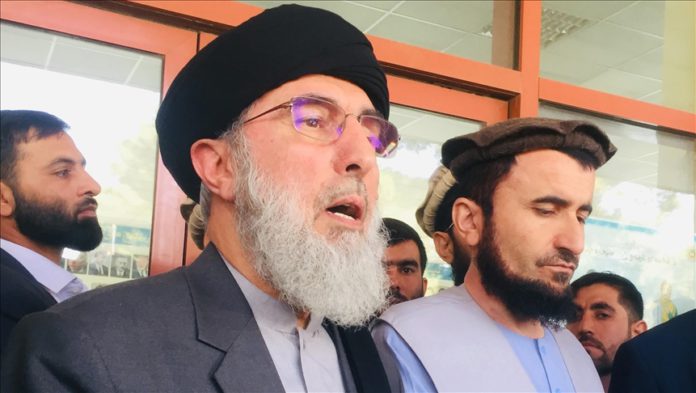 Addressing a large public gathering at his party’s headquarters in Kabul, the leader of the Hezb-e-Islami party Hekmatyar blamed the government for failing to ensure security.

“Our proposal is that the people of Kabul should ensure their own security,” said the 70-year-old Afghan veteran while vowing to bring peace if given a chance by the people of Afghanistan.

He said “circles” within the government are responsible for the fading insecurity. He added that soon an “Islamic system” (of governance) would be established in Afghanistan.

This comes as a string of targeted killings and sticky bomb attacks continue to cause panic in the war-ravaged country.

Figures compiled by Anadolu Agency suggest that at least five journalists got killed in the past one month and 23 civil society activists have been assassinated this year so far.

The UN Security Council was informed by Secretary-General’s Special Representative for Afghanistan Deborah Lyons last week that civilian casualties caused by improvised explosive devices surged by over 60% in the past two months.

She said that in the first 11 months of this year, targeted killings by anti-government elements rose by nearly 40% compared to the same period in 2019.

On the heels of such attacks, the fragile peace talks between the Afghan government and the Taliban in Doha, Qatar, remain paused for at least two more weeks.