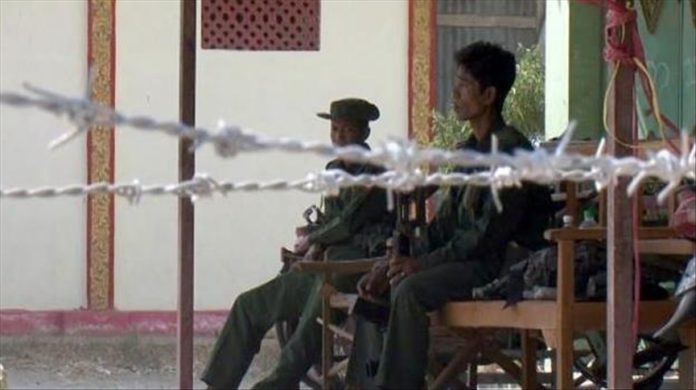 A Rohingya rights group strengthened its demands Saturday for Facebook to stop the Burmese military from using its platform to recruit members.

The rights group also urged Facebook to stop Myanmar’s military from promoting its businesses on the site — profits from which help fund genocide, war crimes and crimes against humanity, it said.

About 1.2 million Rohingya Muslims have fled to Bangladesh in the face of Myanmar’s military crackdown and are currently taking temporary shelter in Cox’s Bazar, Bangladesh.

“Donald Trump has been suspended for inciting violence, but the Burmese military commit violence against civilians every day and are free to use Facebook to recruit soldiers to commit that violence,” said Mark Farmaner, Director of Burma Campaign UK.

“Military owned companies are allowed to use Facebook to promote products, the profits from which fund the military and help fund violations of international law, including genocide of the Rohingya,” he added.

Facebook has faced severe criticism for failing to tackle hate speech against Rohingya and other minorities in Burma, and has removed some military pages, including Min Aung Hlaing, the head of the military, read a Jan. 9 statement by Burma Campaign UK.

Burma Campaign UK asked Facebook to ensure the pages are not used for recruitment, but no action has been taken, it said.

There are dozens of pages for the companies that promote their products, the rights group said, providing pages of the Burmese military.

Facebook has not acted on Burma Campaign UK requests to remove the pages, despite a UN report detailing how military-owned companies help fund violations of international law.

“Facebook appears to have double standards,” said Farmaner. “If you incite violence in America you get banned from Facebook, but if you recruit people to commit violence in Burma you still get an official Facebook blue tick.”

According to Amnesty International, more than 750,000 Rohingya refugees, mostly women, and children fled Myanmar and crossed into Bangladesh after Myanmar forces launched a crackdown on the minority Muslim community in August 2017.

More than 34,000 Rohingya were thrown into fires, over 114,000 more were beaten and as many as 18,000 Rohingya women and girls were raped by Myanmar’s army and police said the OIDA report, titled Forced Migration of Rohingya: The Untold Experience.