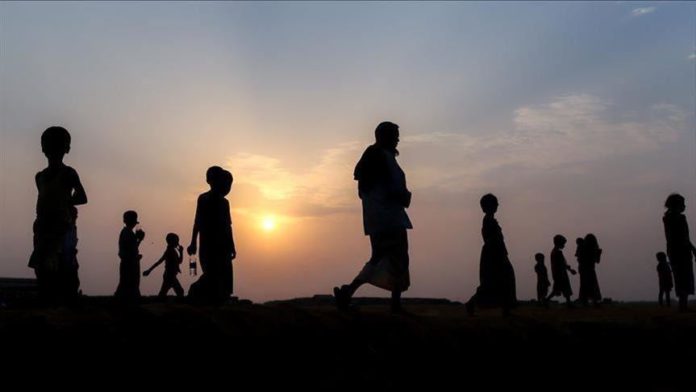 Facebook played a role in violence in Myanmar that forced hundreds of thousands of Rohingyas to flee their homes to Bangladesh, rights groups have claimed.

In a statement on Sunday, representatives of the Voice of Rohingya, Arakan Rohingya Society for Peace and Human Rights, Rohingya Youth for Legal Action, and Rohingya Women for Justice and Peace said they had a call with Facebook Director for Human Rights Miranda Sissons, and her colleague Alex Waraofka.

“We told her that we were forced to flee from Myanmar to Cox’s Bazar in Bangladesh after the violence in Myanmar, which Facebook played a role in,” it said, adding that it is now the responsibility of the online social media platform to help them get justice.

“We asked her [Sissons] to share the information Facebook has with international justice mechanisms, because we had read that they had not done so,” the press release said.

“Sissons informed us that Facebook is working with the independent investigative mechanism for Myanmar to identify the information that can be used in legal cases. The mechanism will then share it with the International Criminal Court, the International Court of Justice, and the lawyers taking the case in Argentina.”

They requested for financial support for services and activities in the refugee camps such as arranging education and training for young people and the elders.

“Sissons told us that Facebook is doing a lot of work to counter violent hate speech. This work is important in Myanmar, especially in the lead up to elections [scheduled for Nov. 8],” the statement said. “We hope Facebook will continue to reach out to us to keep us informed and updated on what they are doing to ensure the events of 2017 never happen again.”

In August 2017, Myanmar’s military launched a crackdown against the persecuted minority, which resulted in the exodus of 750,000 Rohingya to Bangladesh.

The Rohingya are one of Myanmar’s many ethnic minorities. They represent the largest percentage of Muslims in the Southeast Asian nation, with the majority living in Rakhine state.

Facebook is already under fire for its lax approach to fake news, disinformation campaigns and violent content spread via its platforms.

Earlier this week, it admitted it has to do better following a report on ignoring hate speech by leaders linked to the ruling BJP party in India.

In 2018, UN human rights experts investigating genocide in Myanmar concluded that Facebook had been used by ultra-nationalist Buddhists to spread hate and violence against the Rohingya or other ethnic minorities.