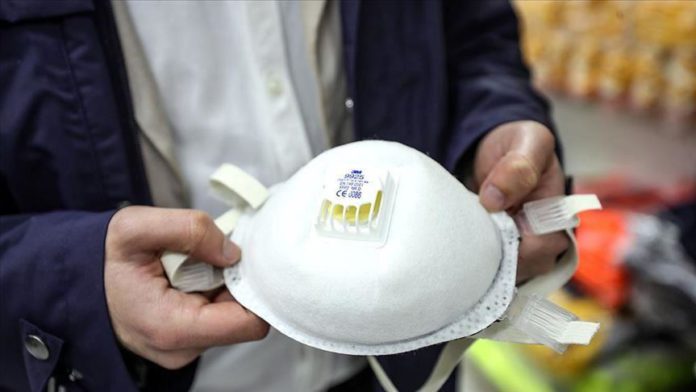 After a week of mixed messages, the UK government formally announced on Tuesday that face masks will be compulsory in shops and supermarkets in England starting July 24.

Health Secretary Matt Hancock told parliament: “We want to give people more confidence to shop safely and enhance protections for those who work in shops.”

“The liability for wearing a face covering lies with the individual,” he said. “Police have formal enforcement powers and can issue a fine.”

Hancock said people who do not wear masks will face fines of up to £100 ($125), but children and the disabled will be exempt.

Shops will be able to refuse entry to people who do not wear face masks, and can call the police.

Ashworth pressed Hancock on why it had taken two months to make face masks compulsory, and why there was a 10-day delay before the measure comes into force.

Then came today’s announcement, bringing certainty to a week of mixed messages.

Britain overall has been slow to normalize face-mask wearing. A YouGov poll found levels of mask wearing in Europe at around 80% in Spain, Italy, and France, but only 36% in the UK.

Germany, Greece, Spain, and Italy have all already made face masks compulsory in shops, as has Scottish First Minister Nicola Sturgeon.

Ken Marsh, chairman of the Metropolitan Police Federation, warned, however: “It will be nigh-on impossible for enforcement because you won’t have a police officer on every shop door because there isn’t enough of us.”

“If a shopkeeper calls the police because someone hasn’t got a mask on, they haven’t got the power to detain them so that person can just walk away. [Shopkeepers] can quite easily put signs up on their doors ‘No mask on, no entry, this is private property’,” he said. “This cannot all be laid on the shoulders of the police yet again.”