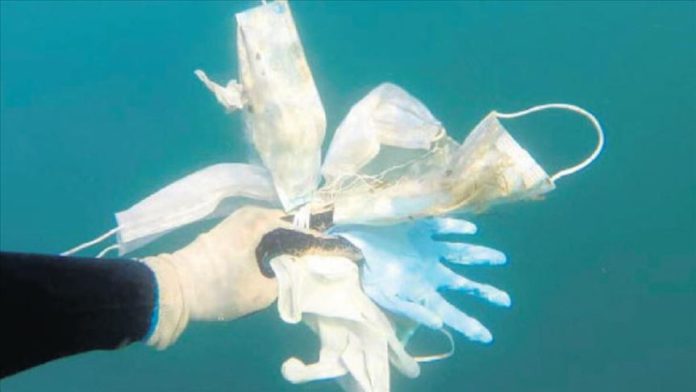 With crystalline canals in Venice, wildlife roaming undisturbed and clouds of haze lifting from above urban centers, environmental healing has been touted as a silver lining in the devastating coronavirus pandemic.

But as more and more people venture out after weeks or months of confinement, perhaps taking a trip to the ocean, they are faced with one of the pandemic’s environmental costs – face masks and gloves polluting beaches, rivers and oceans.

“We’ve seen how glove and face mask litter in the ocean has increased considerably. Please, dispose of these items properly if you want the oceans to stay clean,” said Carmen Soto Barrera, a professional fisher in Spain’s Canary Islands, in a social media plea in late May.

Scuba divers in Spain have likewise noticed a fresh layer of personal protective equipment (PPE) mingling with fish, marine life and the usual plastic that covers the seabed.

In Spain, face masks have been made mandatory for all circumstances in which people cannot guarantee 2 meters (6 feet) of distance.

The Spanish government has regulated prices on one-time use surgical masks, at €0.96 ($1.08) to help increase their use. The masks are partially plastic, which can take hundreds of years to degrade, but cannot be recycled.

Authorities say they should be wrapped in a plastic bag and thrown into a regular garbage can.

“The role of plastics to help reduce the spread of coronavirus to keep people safe is absolutely clear,” Richard Thompson, director of the Marine Institute and professor of Marine Biology at the University of Plymouth, told Anadolu Agency.

“The problem is in the design phase – PPE is clearly being used in settings that were never anticipated – and in proper disposal. The good news is that PPE in the sea is totally avoidable if we try,” added Thompson, renowned for having coined the term microplastics.

“We’re not using PPE in the sea, so there’s no reason that the natural environment will have to absorb it.”

If half of Spain’s population wears a new surgical mask every day, it would be equivalent to around 705 million masks per month. If 1% of those masks are not properly disposed of during a year, that would mean 84.6 million littered masks, many of which would end up in the sea.

Although gloves are not officially recommended for regular use, supermarkets and other shops often make shoppers wear one before entering. The gloves are also not recyclable in Spain.

Problems in Spain repeat around the world

In the US, Maria Algarra in Miami noticed a growing number of gloves lining the street of her community. In a five bloc walk around her house, she collected 52 gloves.

To raise awareness about the problem, she created the #TheGloveChallenge on Instagram. Hundreds of people, from all corners of the globe, posted more than 1,000 snapshots of discarded gloves on the streets.

Even if masks or gloves are tossed inland, they can easily make their way to the ocean.

Wind or rain can bring them to rivers or lakes that flow into the sea. Even storm drains will dump runoff directly into natural water sources.

In late May, Operation Mer Propre in France highlighted the problem in the Mediterranean Sea when founder Laurent Lombard went on a dive to collect plastic, he found coronavirus waste was dominant.

On the dive, he picked up 10 latex gloves, four surgical masks, six drink cans and four glass bottles. The NGO warned coronavirus litter could “become a real ecological disaster,” that could increase as more people make their way to the beach.

But Thompson said the new waste is just the tip of the giant plastic iceberg.

“If you think of how air pollution reacted to the lockdown – it dropped quite quickly. Noise pollution can be immediately eliminated. But if you think about plastics, one of the things that make them challenging is their persistence,” he said.

“What we have in our oceans is the result of decades of inappropriate design, use and disposal. The spike of this additional litter on top of what’s there probably won’t have a massive effect compared to how we’ve already damaged the environment.”

Even if millions more masks and gloves make their way into the sea, they will add to the estimated 8 million tons of plastic trash that flow into the oceans each year.

It’s around the equivalent of lining 15 bags full of plastic trash on each meter of coastline around the world and dumping it in.

What instead worries Thompson is the potential to turn the tide on the fight against plastic pollution.

“It’s slipped down on the list of priorities,” he said, pointing to how governments now have to deal with the more urgent crisis of coronavirus.

“We’re even dealing with the new phenomenon of responsible littering. Now, people might think it’s better to meet friends outdoors for a picnic, feel good for not passing around bottles of beer but leave behind masks, gloves, plastic cups and utensils.”

Since the widespread use of PPE is a new and unexpected phenomenon, there have been no studies on exactly what the waste can do to sea creatures and marine environment.

Researchers know other plastics pose risks to marine animals, which they can become tangled in or eat pieces that are mistaken for food.

In December of 2019, a sperm whale that died after stranding on the Scottish Isle of Harris was found to have a 100-kilogram (220-pound) ball of trash in its stomach.

And even if a single piece of plastic in the sea does not cause serious harm when it is intact, its eventual fate is to break into thousands or millions of tiny pieces and turn into tiny microplastics.

A study by the Science Advice for Policy by European Academies found high concentrations of microplastic particles have been shown to cause physical harm to the environment and living creatures, including inducing inflammation and stress. 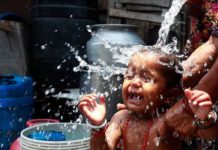 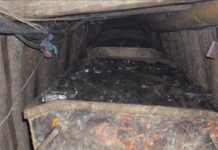 Coal use must be progressively phased out: UN chief 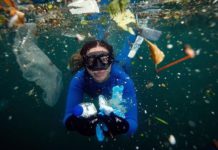 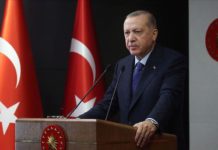 Australia: Big data can be used to protect nature

Turkey should focus on plastic waste for economy, planet: Expert

October 27, 2019
We use cookies to ensure that we give you the best experience on our website. If you continue to use this site we will assume that you are happy with it.Ok