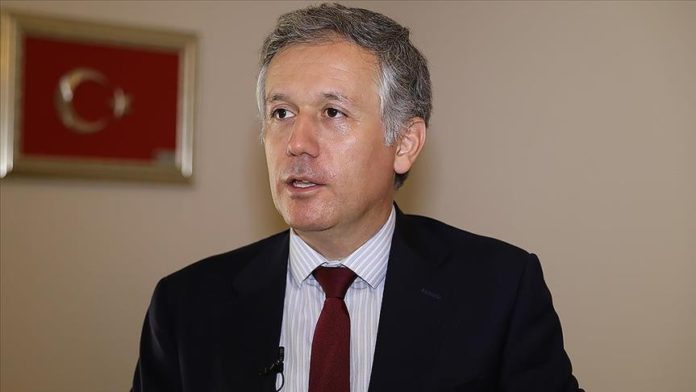 The Ezidi community, which escaped from Iraq’s Sinjar district and took refuge in Duhok province after Daesh/ISIS took control of the region, is unable to return to their homes because of oppression by the PKK and the terror group’s extensions in the region, Turkey’s consul general in Erbil said Thursday.

Ezidi people living in the camps in Duhok widely believe that Sinjar district is still not a safe place to return due to the PKK’s presence in the region, he noted.

Underlining that internally displaced Ezidis are currently in a poor condition, Mir Hazem said: “We expect the Sinjar deal between Erbil and Baghdad to be implemented.”

The Sinjar deal, signed under the auspices of the UN in October last year between the central government in Baghdad and the Kurdish Regional Government (KRG) on the status of the region, envisages clearing the region of PKK terrorists.

The PKK terror organization managed to establish a foothold in Sinjar in 2014 under the pretext of protecting the Ezidi community from the Daesh/ISIS terror group.

Some 450,000 Ezidis escaped Sinjar after Daesh/ISIS took control of the region.