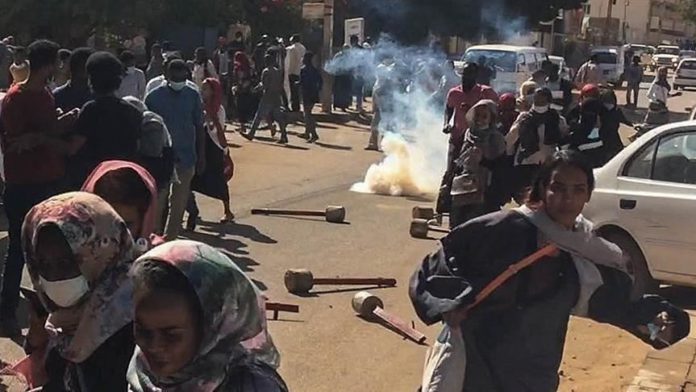 Sudanese police fired tear gas against protesters in different parts of the capital Khartoum, though no casualties have been reported, eyewitnesses told Anadolu Agency.

Large numbers of police and other security forces have been deployed in the city’s main streets, closing the roads leading to the presidential palace and national army headquarters.

Pro-democracy protesters organized the demonstrations mainly against economic hardship, also raising slogans for the “correction of the revolution path” in the transitional period after former President Omar al-Bashir was ousted by the military last year following mass protests.

“I saw the police using tear gas and rubber bullets against the peaceful protestors and the protestors starting to defend themselves by building barricades in and around the neighborhood,” he recounted.

In Omdurman, Khartoum’s twin city across the White Nile River, the police also used tear gas against protesters on the main street Mawrada and are tracking them in the neighborhood, said another eyewitness, Abdul Salam Mahjob.

Ahmed Suleman said the protesters were from different parts of the capital and wanted to reach the presidential palace, but were blocked by police using tear gas, rubber bullets and batons.

The Sudanese Revolutionary Committee, which organized the protests, said it would submit a petition to Prime Minister Abdallah Hamdok, demanding the improvement of the economic situation in the country, the dismantling of the old regime and the formation of transitional institutions including the transitional legislative assembly.