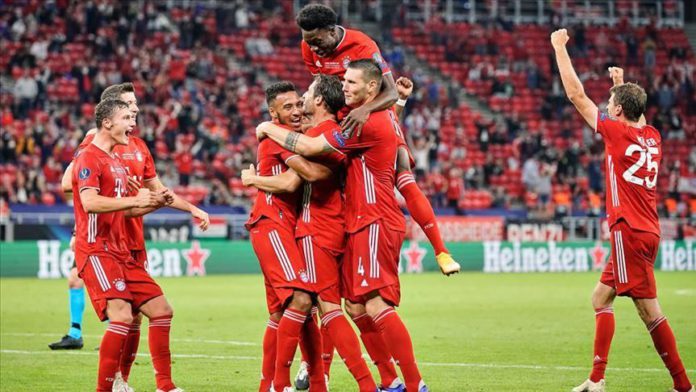 Sevilla drew first blood in the Hungarian capital Budapest as Argentine forward Lucas Ocampos scored a penalty kick in the 13th minute at the Puskas Arena.

Assisted by Polish star Robert Lewandowski, Goretzka was unmarked in the opponent’s penalty area and put the ball into Sevilla’s net.

Bayern came back in the 104th minute of the match as Spanish midfielder Javi Martinez scored the winning goal with a header.

In the cup ceremony, Bayern Munich goalkeeper and team captain Manuel Neuer lifted the trophy into the air as the whole team celebrated the triumph on the podium.

Bayern forward Thomas Muller was named the man of the match.

A limited number of fans in the stadium watched this game, abiding by social distancing rules amid the coronavirus pandemic.