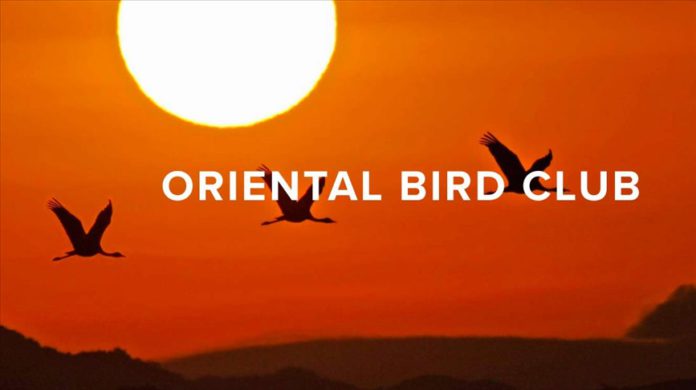 Indonesia has rediscovered a bird species considered extinct in the Borneo rainforest after 172 years, a bird conservation group has announced.

Oriental Bird Club, a UK-based bird conservation charity, said in a report on Thursday that the Black-browed Babbler (Malacocincla perspicillata), widely considered as the “greatest enigma in Indonesian ornithology” by experts, was found by two locals in Indonesia’s South Kalimantan province.

“Mr. Muhammad Suranto and Mr. Muhammad Rizky Fauzan were gathering forest products in an area not far from where they live when they accidentally stumbled upon an unfamiliar bird species. They caught and released it after taking some photographs,” it said.

Suranto and Fauzan then contacted local birdwatching groups, BW Galeatus and Birdpacker, according to the report. And these groups suspected that the missing Black-browed Babbler might be the bird.
It was subsequently confirmed after consultations with expert ornithologists from Indonesia and around the region, it added.

“It feels surreal to know that we have found a bird species presumed to be extinct by experts. When we found it, we didn’t expect it to be that special at all – we thought it was just another bird that we simply had never seen before,” the Oriental Bird Club in the report quoted Fauzan as saying.

The Black-browed Babbler was described by the noted French ornithologist, Charles Lucien Bonaparte, in 1850, based on a specimen collected in the 1840s by German geologist and naturalist Carl A.L.M. Schwaner, during his expeditions to the East Indies, according to the organization.

“Since then, no other specimen or sightings have been reported, and the origin of the type specimen has been shrouded in mystery,” it said.
It added that the island where it was collected was unclear, but Swiss ornithologist Johann Büttikofer pointed out in 1895 that Schwaner was in Borneo at the time of his discovery.

Panji Gusti Akbar from the Birdpacker said the sensational finding confirms that the Black-browed Babbler comes from southeastern Borneo, ending the century-long confusion about its origins.

“The discovery also confirms that this species continues to survive despite the significant deforestation and habitat conversion in this little-known part of Borneo. There is, therefore, a very strong probability of it being seriously endangered by habitat loss,” said Akbar.

He added that the dramatic rediscovery of the Black-browed Babbler demonstrates how poorly known Indonesia’s sprawling avifauna is, despite having the largest number in Asia with more than 1,700 species found across the archipelago.