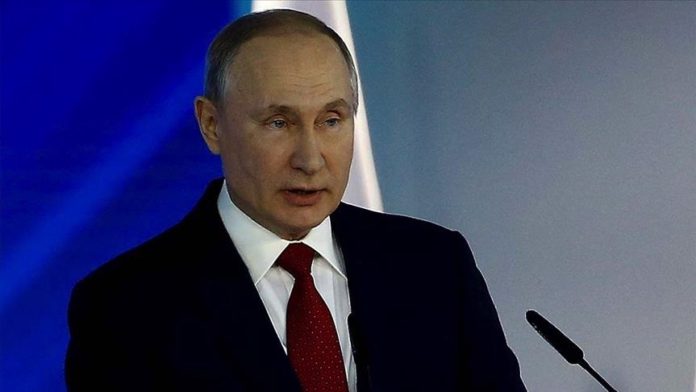 Russian President Vladimir Putin Wednesday said the extension of the New Strategic Arms Reduction Treaty (START) between Russia and the US is a “step in the right direction.”

He told the World Economic Forum’s virtual Davos Agenda 2021 that he had a phone call with newly elected US President Joe Biden, adding: “[START’s extension] is undoubtedly a step in the right direction. Still, disagreements continue to intensify. As we all know, the inability to resolve such disagreements triggered a catastrophic Second World War in the 20th century.”

The Biden administration earlier said Washington wants a five-year extension to the treaty, which is due to expire on Feb. 5, a decision welcomed by Kremlin.

The new START Treaty, signed in 2010 by former US and Russian leaders Barack Obama and Dmitry Medvedev, limits the number of strategic nuclear warheads both countries can deploy to 1,550.

He criticized the increasing role of tech giants on societies, asking: “Where is the line between a successful global business, in-demand services, consolidation of big data and attempts to harshly and unilaterally govern the society, replace legitimate democratic institutions, restrict one’s natural right to decide for themselves how to live, what to choose, what stance to express freely?”

He was referring to the recent banning of former US president Donald Trump from Twitter and Facebook.

Noting that Russia is open to international cooperation on the global social and economic agenda, Putin said Astana format meetings between Russia, Iran, and Turkey to stabilize the situation in Syria is an example of that.

He added that mediation efforts by the OSCE Minsk group to put an end to the armed conflict in Nagorno-Karabakh is another “good example of cooperation.”