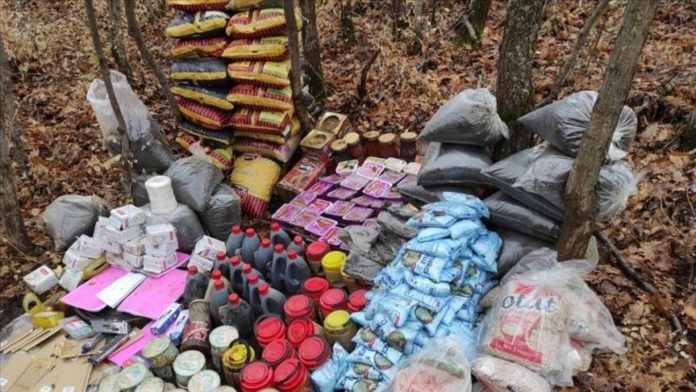 After finding them in the village of Sarinonak as part of the ongoing Yildirim-16 operations in the province, the security forces destroyed the materials, the statement added.