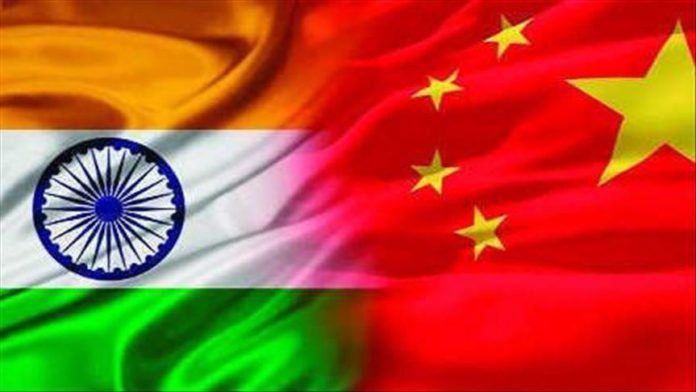 The border clashes between Indian and Chinese armies that led the killing of 20 Indian soldiers in the Ladakh region has shocked the country’s diplomatic and military community.

Since 1975, this is the first time, when causalities were reported in a border clash between the two countries.

However, both military and diplomatic experts have urged the government to raise the level of dialogue from military to diplomatic or even to political level to end the standoff and deescalate tensions.

Speaking to Anadolu Agency, former diplomat G.S. Iyer, who had also a long stint in Beijing from 1968-74 said the latest incident has made it imperative to raise the level of talks to the diplomatic level.

“The talks, from here on, will be between diplomatic channels and not via military-level as it may lead to more harm,” he added.

He said the disengagement was never China’s plan. If the Chinese wanted to disengage, they would not have been present there in such large numbers.

“Amid such talks, no soldiers are supposed to carry lethal weapons. Where did the iron rods/bats come from then? This looked like a street brawl, where hundreds of Chinese soldiers were still present despite the de-escalation talks under-way,” said Iyer, India’s former envoy to Morocco and Mexico.

Lt. Gen. Deependra Singh Hooda, who has commanded troops in the region witnessing the latest military standoff, said the situation was very tense and unprecedented.

“No person had died at these borders in the last 45 years. This will now involve greater diplomatic engagement, even at the political level, since the issue is multifold serious,” he said.

Hooda headed Indian Army’s Northern Command in 2016, responsible for borders along with Ladakh and Jammu and Kashmir.

He said that the Chinese People’s Liberation Army keep transgressing the Line of Actual Control (LAC), adding that 650 of them were reported only in 2019.

He also added that the situation is now far bigger than the 2017 Doklam stand-off along with the Indian state of Sikkim and Bhutan border. This time the Chinese army has caused disruptions at numerous locations and it looks well-planned too, said the former commander.

The border skirmishes, which started on May 5, at the Galwan Valley in the high-altitude Ladakh region in the north, and then at the Naku La mountain pass in northeastern Sikkim three days later, led to a military and diplomatic impasse between the two countries.

Indian and Chinese soldiers, who often do not carry weapons in the area to avoid escalating conflicts, have thousands of soldiers on both sides camping along the un-demarcated LAC.

“In earlier such skirmishes, there were reasons related to construction. The current situation is not similar because it is unclear what they want, we do not know their demands,” said Hooda.

Speaking to Anadolu Agency, India’s former Director-General of the Military Operations said there were higher degrees of injuries on the Chinese side as well.

“We need to keep in mind armies fought hand-to-hand, with stones and iron-rods, some fell into the Galwan river which led to hypothermia,” he said.

Retired Air Commodore of Indian Air Force Rashid Zafar described this clash as the single most outrageous incident. He, however, underlined that China instigated the incident because its global goodwill has diminished. He also said that China will not afford a war with India at this time.

“I was afraid for a long time that China would make this move and now it has done. Peace will not return for some time but I am sure that China will cut her losses very fast. China tested India and they had the first-hand experience. But this is not something which is going to help them in these trying times,” he said.

However, Retired Wing Commander Anuma Acharya said there were no efforts by the government to solve the issue at the diplomatic level. He said the talks were still going on at the military level.

“Only the military officials are talking. Where are our diplomats? Where are political and diplomatic efforts, why do not we get to know about them? The army never brings a permanent solution unless supported by diplomacy, “he said.

He said that since 2013 patrols in the areas are video graphed. He asked the government to present the facts and tell the country about the casualties on the Chinese side also.

Former diplomat Iyer also said that the Chinese have deliberately attacked the highest officer in the command, which made the situation volatile. He pointed out that China has maintained war casualties as its “state secret “and thus, according to him, casualties from the other side will never be known.

“We do not yet have information at what point the situation changed or who changed the de-escalation rules. However, what we do know is that the starting point of these talks could be the bifurcation of Jammu and Kashmir into new territories, despite China not have any locus standi” said the former diplomat.

Graham backs US efforts for Turkey on Idlib