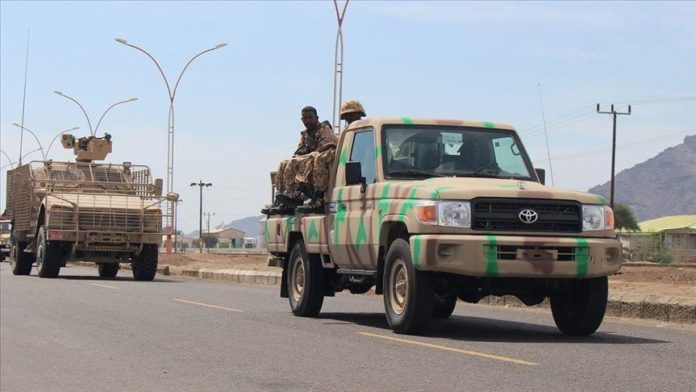 A UN-mandated probe said Wednesday that Western countries, including France, the US, Britain, and Canada, along with Iran, continue to supply arms to conflicting parties in Yemen, which has fueled a six-year civil war.

The report by the Group of Eminent International and Regional Experts on Yemen said it had “reasonable grounds” to believe groups involved in Yemen’s conflict have committed human rights atrocities, including war crimes.

All parties continue to show no regard for international law or for the lives, dignity and rights of people in Yemen, it said in the 55-page report that covers events in Yemen between July 2019 and June 2020.

Despite strong recommendations by the group in previous reports, “third States, including Canada, France, the Islamic Republic of Iran, the United Kingdom of Great Britain and Northern Ireland, and the United States of America” continued arms transfers, “helping to perpetuate the conflict.”

The head of the delegation, Tunisian Kamel Jendoubi, spoke by video at a press conference hosted at the UN Geneva office and said: “After years of documenting this war’s terrible cost, no one can say ‘We didn’t know what happened in Yemen.’”

The group underlined the governments of Yemen, Saudi Arabia, the United Arab Emirates (UAE) and the Southern Transitional Council (STC) were responsible for human rights violations that include killings, arbitrary detention and sexual violence.

Some in the current Yemeni government and coalition — particularly Saudi Arabia and the UAE — and the STC have committed “acts that may amount to war crimes.”

It includes “murder of civilians, torture, cruel or inhuman treatment, rape, and other forms of sexual violence, outrages upon personal dignity, denial of fair trials, and enlisting children under the age of 15 or using them to participate actively in hostilities.”

“Individuals in the coalition, in particular, Saudi Arabia may have conducted airstrikes in violation of the principles of distinction, proportionality, and precaution, acts that may amount to war crimes,” said the group.

Yemen has been devastated by a conflict that escalated in March 2015 after Iran-backed Houthi rebels seized the capital of Sanaa and forced President Abdrabbuh Mansur Hadi to flee the country.

The Riyadh agreement was signed between the government and STC in November following one month of fighting and included 29 terms to address the political, social, economic, and security situations in Yemen’s southern provinces.

Syria: 18 people killed in mine blasts