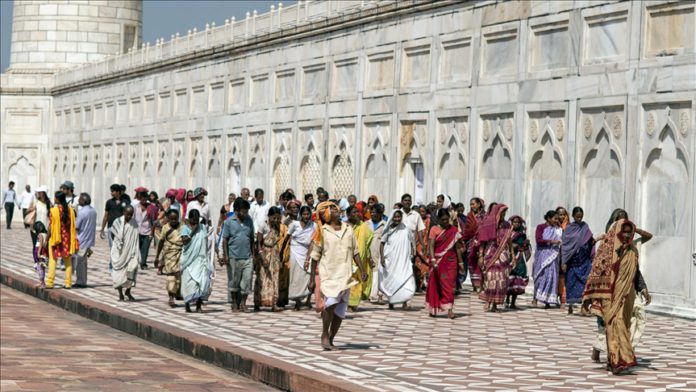 Enthusiasts of the Urdu language in India were ecstatic when it was announced in the western state of Maharashtra that Urdu houses would be opened to promote the language, as many urge authorities to emulate the move in other parts of the country.

“This is a good step that they’ve taken. But, we need similar efforts in other parts of the country,” Shahzad Anjum, a professor who heads the Department of Urdu at Jamia Millia Islamia University in New Delhi, told Anadolu Agency.

Buoyed by this new initiative of Maharashtra’s local government, experts and academics have called for more efforts to promote the Urdu language in the country.

The state’s Minority Development Minister Nawab Malik said earlier this month that the construction of the Urdu houses, “will introduce the Urdu language to others and will promote Urdu literature.”

A language that once dominated literature in India, many believe it has failed to receive official patronage as it is essentially seen as the language of Muslims and the language has been a victim of right-wing politics.

Tens of millions of Indians speak the language and it is one of the country’s official languages.

Anjum believes several steps need to be taken to revive the language in India, including its instruction at schools. “The government should start it from primary schools.”

Echoing Anjum on the need to introduce Urdu into the public school curriculum, fellow linguist Abbas Ali said non-governmental organizations should also play an important role in the language’s revival.

“The government should put more focus on the revival … When students reach us at University level, they ask us why this was not taught to us earlier,” said Ali, who teaches in the Department of Urdu at Punjab University in the northern city of Chandigarh.

Shaikh Aquil Ahmad, the director of an autonomous government body on developing and propagating Urdu, told Anadolu Agency that authorities are making “all kinds of efforts” to promote the language.

With a budget of 880 million rupees ($11.8 million) “all kinds of efforts are going on to promote the language,” said Ahmad, who heads the National Council for Promotion of Urdu Language (NCPUL) formed in 1996 under the Education Ministry.

“There has been an improvement and now non-Muslims are coming forward to learn it (Urdu), too” he added.

Experts say that after India won its independence in 1947, Urdu did not receive much attention, with its standing marred by politics. Many believe there have been several attempts of assault on the language since 2014, when the Hindu nationalist Bharatiya Janta Party came in power.

Apart from the names of several cities getting changed from Urdu to Hindi, in 2017 two Muslim lawmakers in the northern Uttar Pradesh state were denied permission to take their oaths in Urdu.

“There is no doubt that post-independence, it (Urdu) started to decline, because it was connected to a particular religion. Politics definitely had a toll in this and the way Hindi was promoted, it (Urdu) didn’t receive much attention in the country,” said Ali from Punjab University.

Anjum from Jamia Millia University agrees: “Post independence, the Urdu language has been a victim of politics.”

Despite this, however, he admitted that Urdu was given due importance by more secular governments after independence. “If they had not given attention to the language, then it wouldn’t have been in such a position today.”

Lately, more people have pursued an interest in the language as part of a general trend, according to Naseemuddin Farees, the department head of Urdu at Maulana Azad National Urdu University in Hyderabad.

“It’s a good sign … We’re receiving more applications to our courses now at the university,” he told Anadolu Agency.

This surge of interest is also visible as more people register in Urdu book and poetry clubs.

“I hadn’t studied Urdu in school. But, I’ve so far attended dozens of Urdu poetry classes,” said Shristi Choudhary, a resident of Haryana. “I developed a lot of interest in the language, which is so similar to Hindi.”

“I took a course in my school to learn about this language. I recently finished my university studies after completing a degree in Urdu,” he told Anadolu Agency. “I have been very fond of learning about Urdu since childhood and as I study more about it, this interest develops further.”

For Anjum, the revival of Urdu could mean a greater contribution to nation-building.

“In nation-building and making the country secular … to make the country more prosperous, Urdu has played an important role,” he said, adding that an Urdu revival would also help create jobs.

Turkey set to take helm of key NATO force in 2021