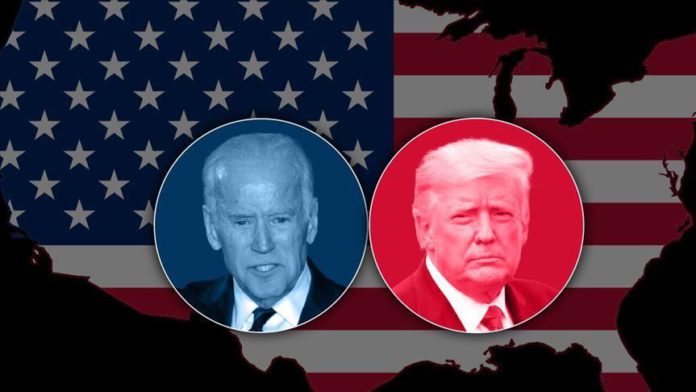 Although the victor for the 2020 White House race remains undecided, there is one “clear” lesson from Election Day results that pollsters were “wrong again,” an expert from Northeastern University said.

Nick Beauchamp, assistant professor of political science, explained Thursday in an opinion piece penned for the university, saying there are two main reasons.

“One is that specific polls undercounted the extent to which certain demographics—such as Hispanic voters in specific states—shifted toward President [Donald] Trump,” Beauchamp said.

“Another is that, just as in 2016, polls undercounted hard-to-reach voters who tend to be less educated and more conservative.”

Underlining that it has also “huge implications” for the outcome of the presidential and congressional elections, he said: “If the polls have been this wrong for months, since they have been fairly stable for months, that means that campaign resources may have also been misallocated.”

Giving the example of the FiveThirtyEight’s projections, the expert said that Trump over-performed the averages in nine battleground states.

In Ohio, he ran seven points better and in Wisconsin, it was eight points, Beauchamp added. Days before the elections Democratic challenger Joe Biden was slightly favored to win Florida, but, the race was called on election night with Trump comfortably ahead.

“Trump over-performed relative to the polls in these states by a median of 6 points,” he said, calling it a “shockingly large” error.

This year’s errors, Beauchamp said, were “enormous” even compared to 2016, when Trump was facing Democratic nominee Hillary Clinton.

He urged pollsters to shift their tactics and perhaps attach different weights to factors they are trying to measure to avoid a repeat of 2016 and 2020 errors in the country.

Beauchamp added that the issue is not unique to the US, saying international polls also failed to predict the 2015 elections in the UK, as well as the UK’s 2016 Brexit vote to leave the EU.

Biden is on the verge of victory, just six delegates short of the necessary 270 Electoral College votes to win the presidency. Trump, while still competitive, has far more delegates to accrue, currently standing at 214, according to the AP.