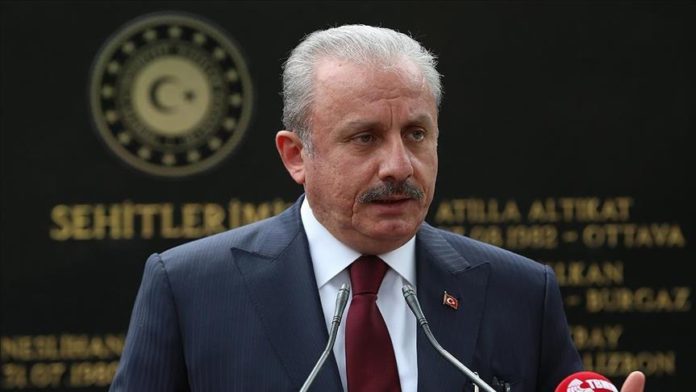 A statement expected to be made by the US president on the 1915 events will be only “a political statement with no legal basis,” said the Turkish parliament speaker on Saturday.

“As claimed, none of the conditions specified in law exist for the 1915 events to be defined as genocide,” Mustafa Sentop said.

His remarks came during a visit to a cemetery in the capital Ankara where the diplomats and their families martyred by Armenian terrorist organizations are buried.

Sentop also said the “genocide” appeal of Armenia, which contradicts historical facts, “overshadows efforts to normalize the relations between Turkey and Armenia.”

US President Joe Biden is set on Saturday to characterize the 1915 events as “genocide”.

Successive US presidents have refrained from calling the deaths of Armenians “genocide,” but former President Barack Obama adopted the Armenian phrase “Meds Yeghern” or “Great Crime” to describe the tragedy, a practice repeated by Trump.